Chelsea finished the season in third place in the English Premier League. They will have new ownership next season, and some of the players are set to leave the club in the summer. The likes of Antonio Rüdiger and Andreas Christensen are likely to leave the club, and César Azpilicueta could also follow in his teammates’ footsteps. However, Chelsea aren’t short of centre-back options. They have some youngsters who have already played for them last season and have performed well. One of the youngsters is Trevoh Chalobah. 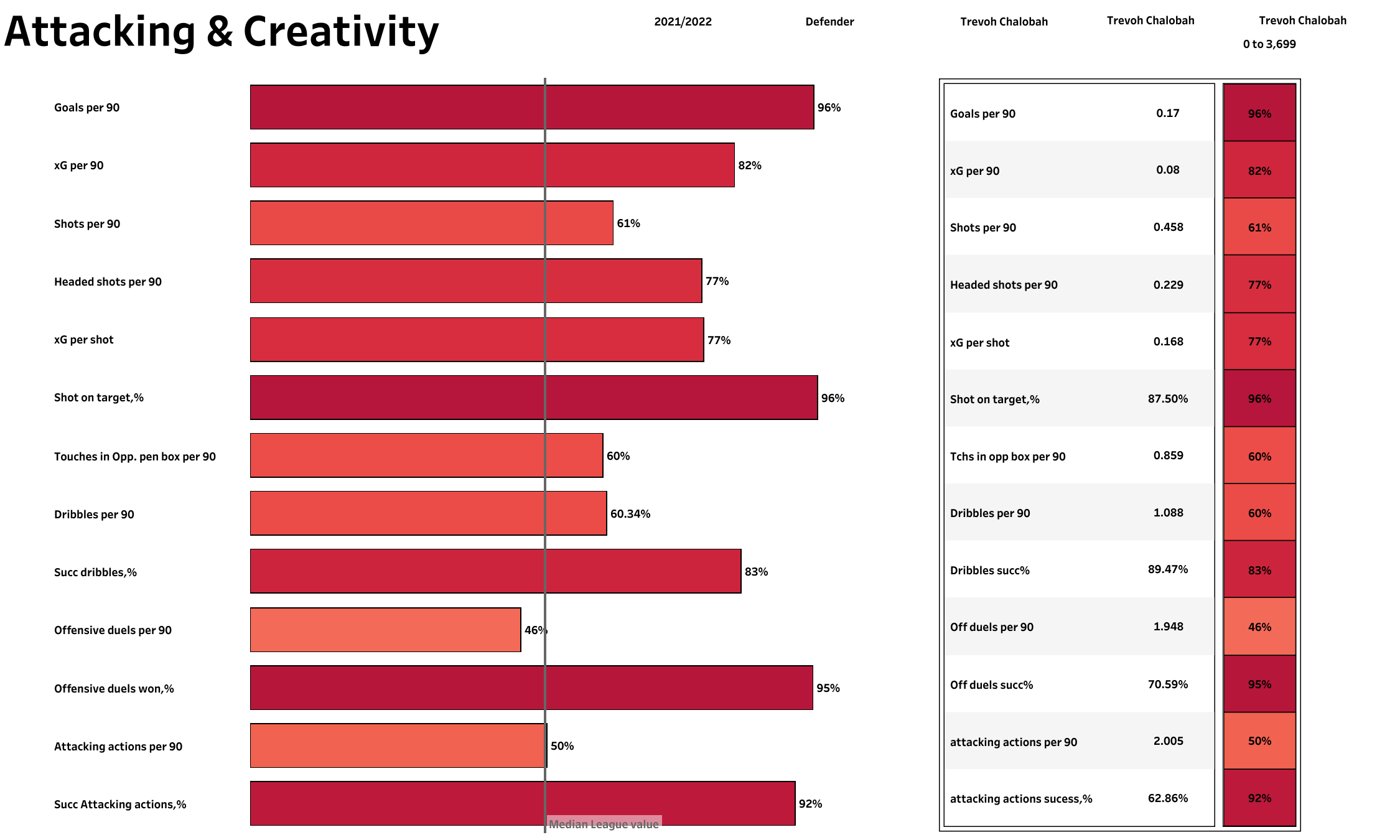 Chalobah made 20 appearances in the English Premier League, and three of them came off the bench. The defender can create threats while going forward, and he netted three goals this season. When looking at the above chart, the general rule is that the longer the bar, the better the performance — you can see the league average in the middle, and the % is the percentile rank the player is in. The above viz shows that the defender has a high percentile rank for scoring goals amongst the other defenders in the league. He averaged around 0.5 shots per 90 minutes, with a high shot accuracy rate of 87.5%. 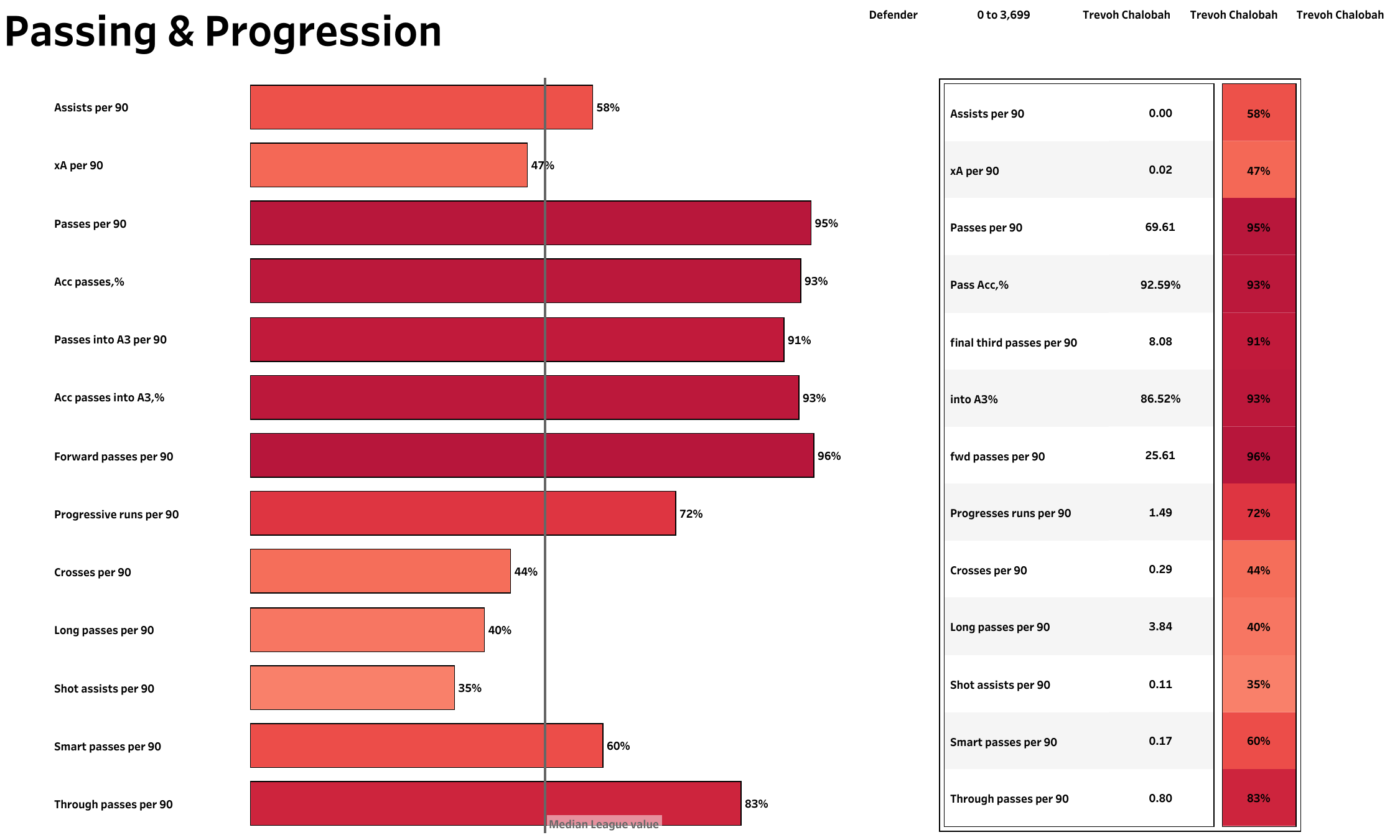 Trevoh Chalobah also likes to go forward and create chances for his team from the wider positions. The defender had an assist to his name this season. From the above viz, we can observe that Chalobah averaged around 70 passes per 90 minutes, with a 92.59% passing accuracy rate. The 22-year-old defender averaged eight passes in the final third and had a high percentile rank for attempting through passes in the matches. Chelsea play in a back three formation, and Chalobah usually features as the right centre-back. He can sometimes play the role of a full-back. The defender likes to make forward runs and get involved in attacking plays. 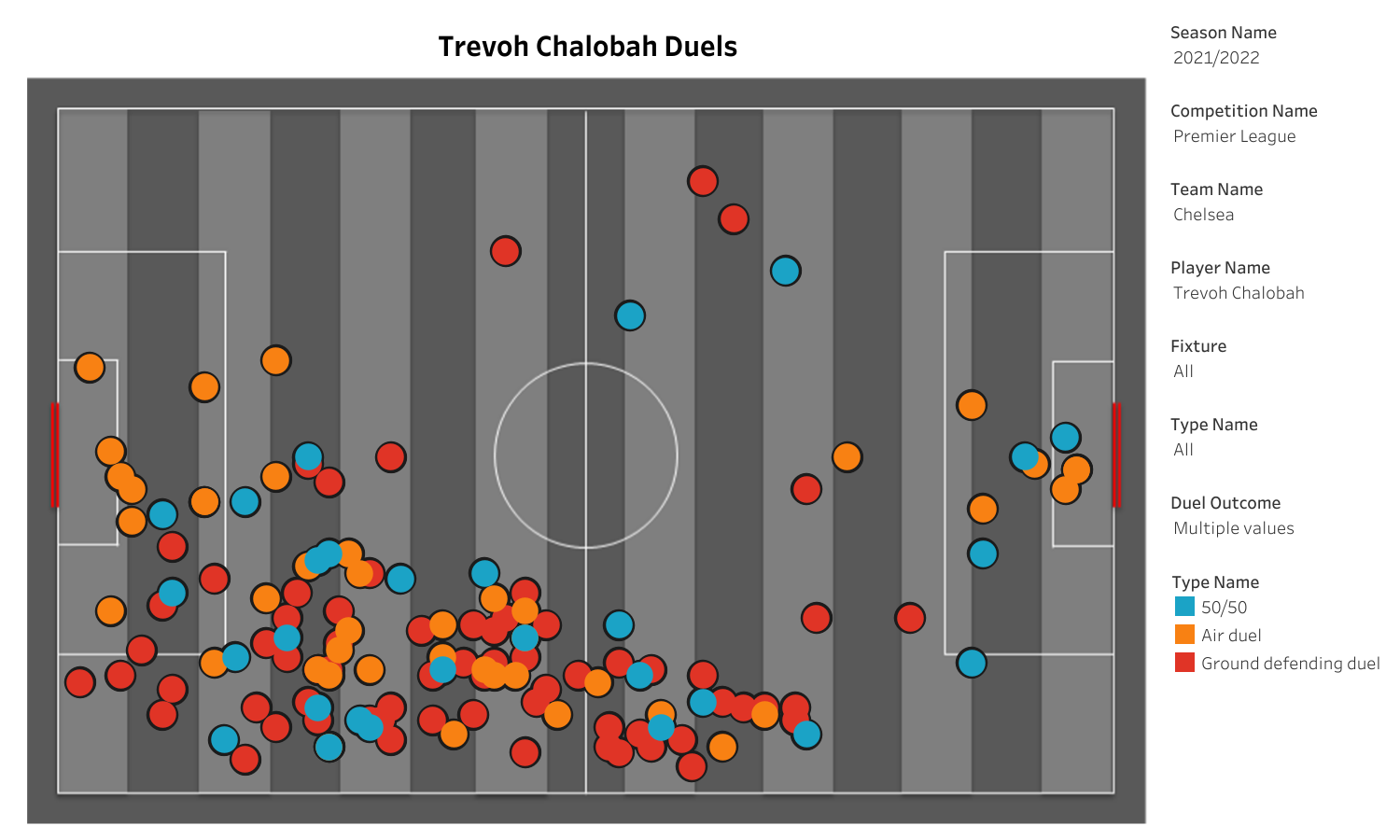 The above viz shows all the duels that were won by the defender or the duels that ended in a neutral result. He is not shy of contesting duels on the pitch and has a high success rate. Chalobah averages 7.22 defensive duels, 4.3 aerial duels, and 2.41 loose ball duels per 90 minutes. He had a success rate of 26.19%, 50%, and 50%, respectively. The defender averages 4.87 interceptions per 90 minutes. One of the impressive stats about the youngster is that he has a high ball-recovery rate. Trevoh Chalobah averages more than 11 recoveries per 90 minutes, and three per 90 minutes inside the opposition’s half.

Trevoh Chalobah struggled for game-time towards the end of the season. Tuchel preferred to play the experienced and departing defenders. However, the German manager has shown faith in the youngster, and he could get some more game-time in the next season. The 22-year-old will also look to perform better and cement his place in the starting XI.