Chelsea are hunting for their second win of the season when they host Leicester City in the English Premier League. The Blues have failed to win their last two matches, and their opponents are yet to register their first win of the season.

Chelsea suffered a shock 0-3 defeat against Leeds United in the last match. They were unable to break the defence and finished the match with ten men. Thomas Tuchel’s men have failed to win their last two matches. The Blues have scored three goals with an average xG rate of 1.6 and conceded five goals in return.

Leicester City suffered back-to-back defeats after going down 1-2 against Southampton in the last round. The Foxes have registered only a single point this season. They have scored five goals with a very low average xG rate of 0.48 and conceded eight goals in return.

Let us look at some of the stats that will show what we can expect from this important fixture. 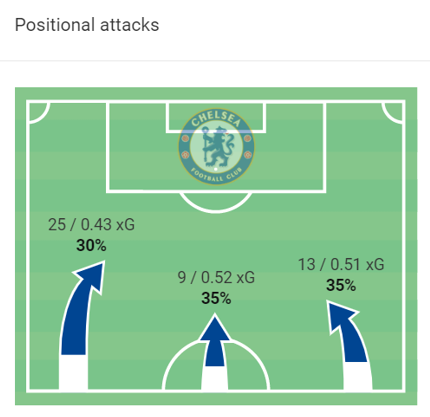 The Blues have relied upon their wing-backs to create chances this season. They average 37.67 positional attacks per match and have attempted eight shots from these positional attacks. The above viz shows their positional attacks against Spurs. Chelsea managed 47 attacks, with most of them coming from the left side. They also average 14 shots per game with a 28.6% shot accuracy rate. The Blues will be a threat from the flanks, and they will constantly try to find a teammate inside the penalty box. 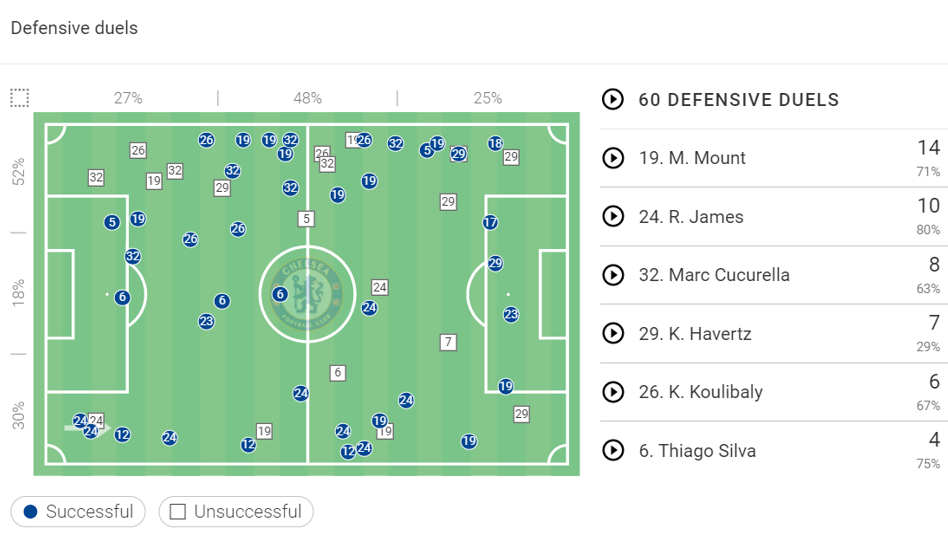 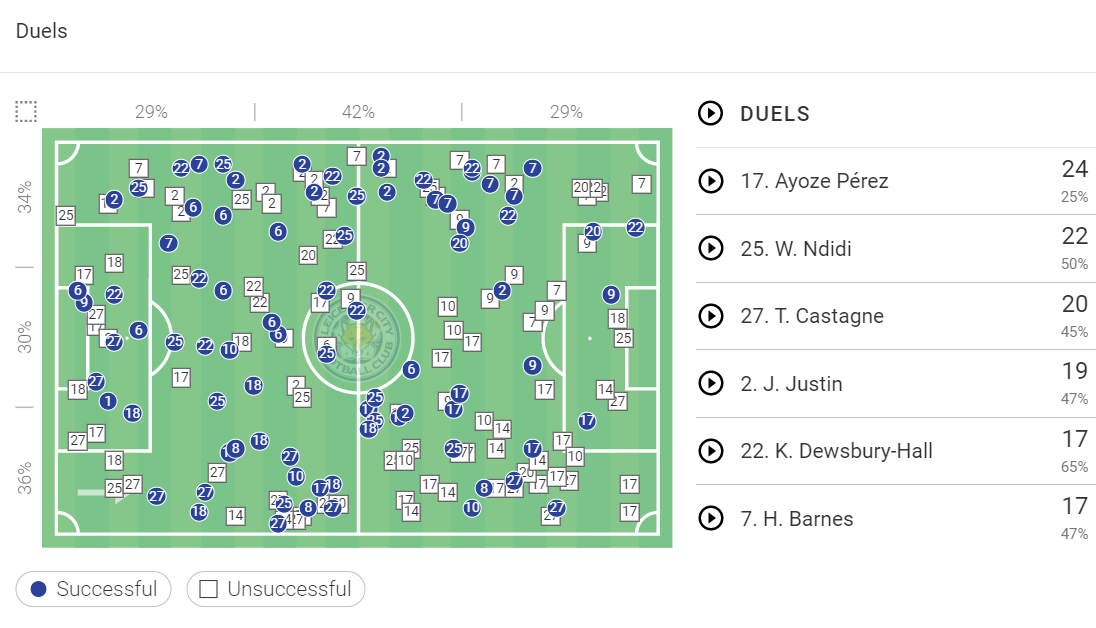 Leicester City have won 60% of their defensive duels and 43% of their aerial duels. The above viz shows that the Foxes have won most of the duels in the middle third and have struggled a bit in the attacking third. They contest most of the duels high up on the pitch to stop the ball from reaching the penalty box. 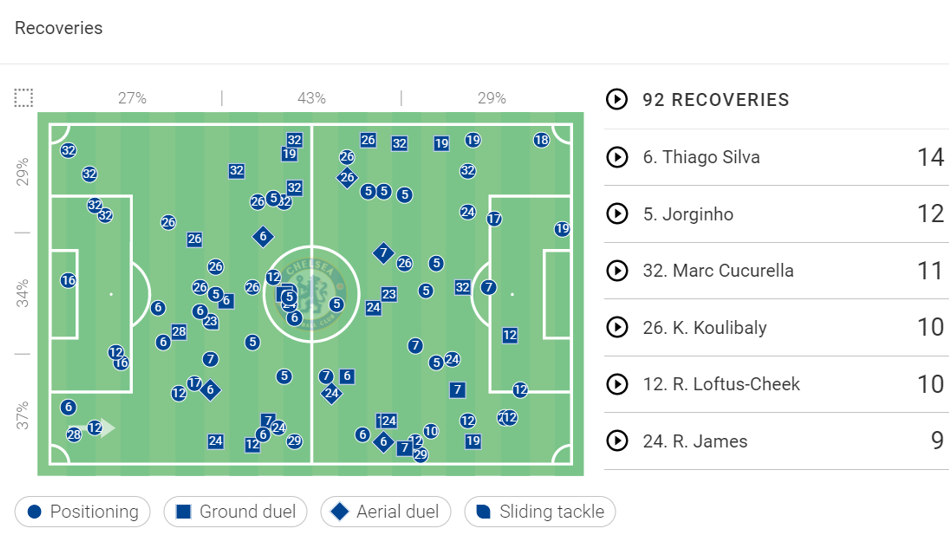 Chelsea will be without Kalidou Koulibaly for this match. The defender will serve a one-match suspension for his two yellow cards in the last two games. This means that Marc Cucurella could slot into the left centre-back role, and Ben Chilwell could feature as the left wing-back.

Leicester City will once again be without Wesley Fofana. The defender is out injured, and Brendan Rodgers might introduce Caglar Soyuncu to the starting XI. Youri Tielemans started on the bench in the last game, and he would be eager to start this match.

Chelsea look like the clear favourites to win this match against a struggling Leicester side. The Foxes have failed to threaten the opposition goalkeeper, and Chelsea’s defence won’t allow them to take easy chances. It is a must-win game for both teams.