Chelsea will look to earn their fifth consecutive win in the English Premier League when they face Newcastle United at Stamford Bridge. The defending European Champions won their midweek game against Norwich City comfortably, 3-1. On the other hand, Newcastle United are now on a nine-match unbeaten run after completing a 2-1 comeback victory over Southampton in the previous round. The Magpies are currently on a three-match winning streak. 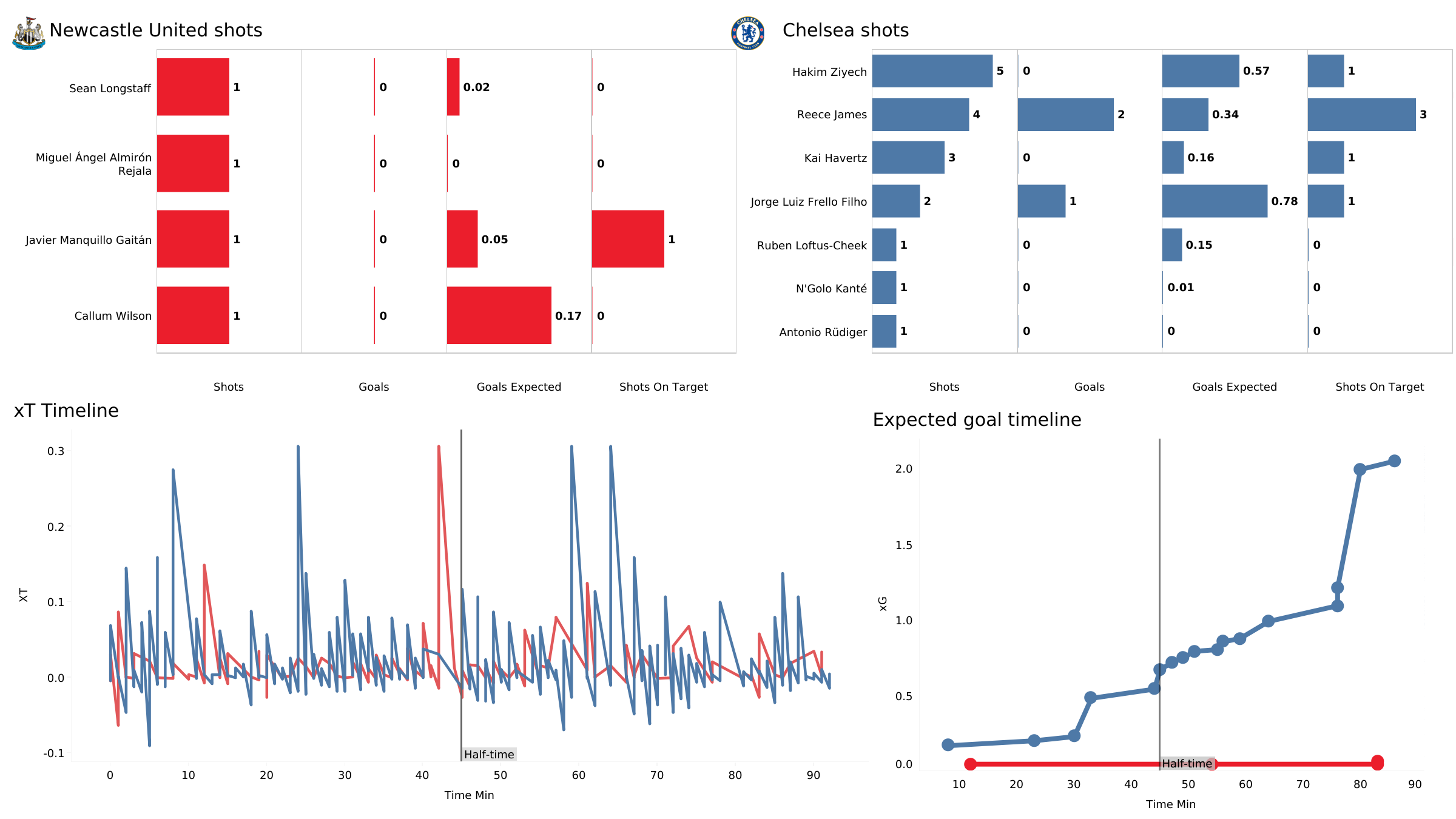 Chelsea showed a dominant display in the last meeting between the two teams in match week ten. Thomas Tuchel’s men earned a comfortable 3-0 victory over the Magpies. The Blues kept 75% of ball possession and created a lot of threats in each half. The xG timeline shows all the shots attempted at different time intervals during the match. Chelsea attempted 17 shots and managed to hit the target six times. Newcastle United players only attempted four shots, with a 25% shot accuracy rate. However, a lot of changes have taken place since then. Chelsea led the league table during that time, but have now dropped to the third position. Newcastle United were struggling to find form but have now gained the momentum that could end their season in the top half.

Chelsea have won 16, drawn 18, and lost only three games this season. They are comfortably sitting in third place and are 13 points behind the league leaders with one game in hand. The Blues have scored 56 goals this season with an xG rate of 45.8. In return, Tuchel’s men have conceded 19 goals and have conceded the second-lowest number of goals in the league. 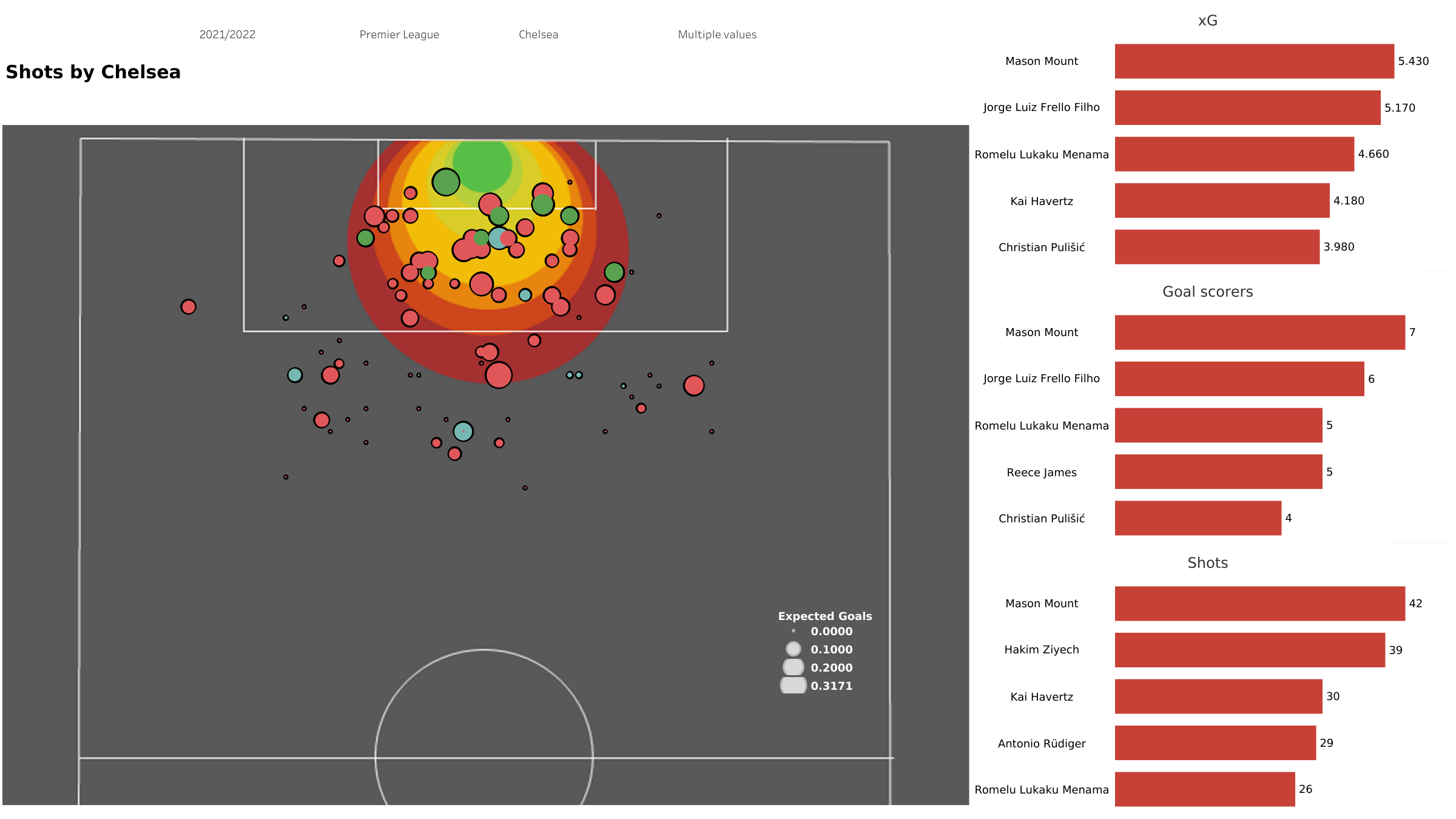 Chelsea have attempted 372 shots in the league and average more than 12 shots per 90 minutes. Of these 372 shots, 143 were on target. The above map shows all the shots attempted by Chelsea from free-kicks, corners, and free-kick crosses. Chelsea have managed to score a few goals from set-pieces this season, and their centre-backs are a danger in the air inside the opposition box. Their centre-backs have scored eight goals combined, and one of them came in the previous game against Norwich City.

Reece James missed the previous game due to injury and remains doubtful for this one. Thomas Tuchel could once again play Kai Havertz upfront alongside Romelu Lukaku, who has started the last two games on the bench.

Newcastle United have won six of the last nine league games and are one of the most in-form teams in the league. The Magpies have now won seven, drawn 10, and lost 10 games this season. They have scored 32 goals and conceded 47 in total. The overall xG rate of the team is 33.08. 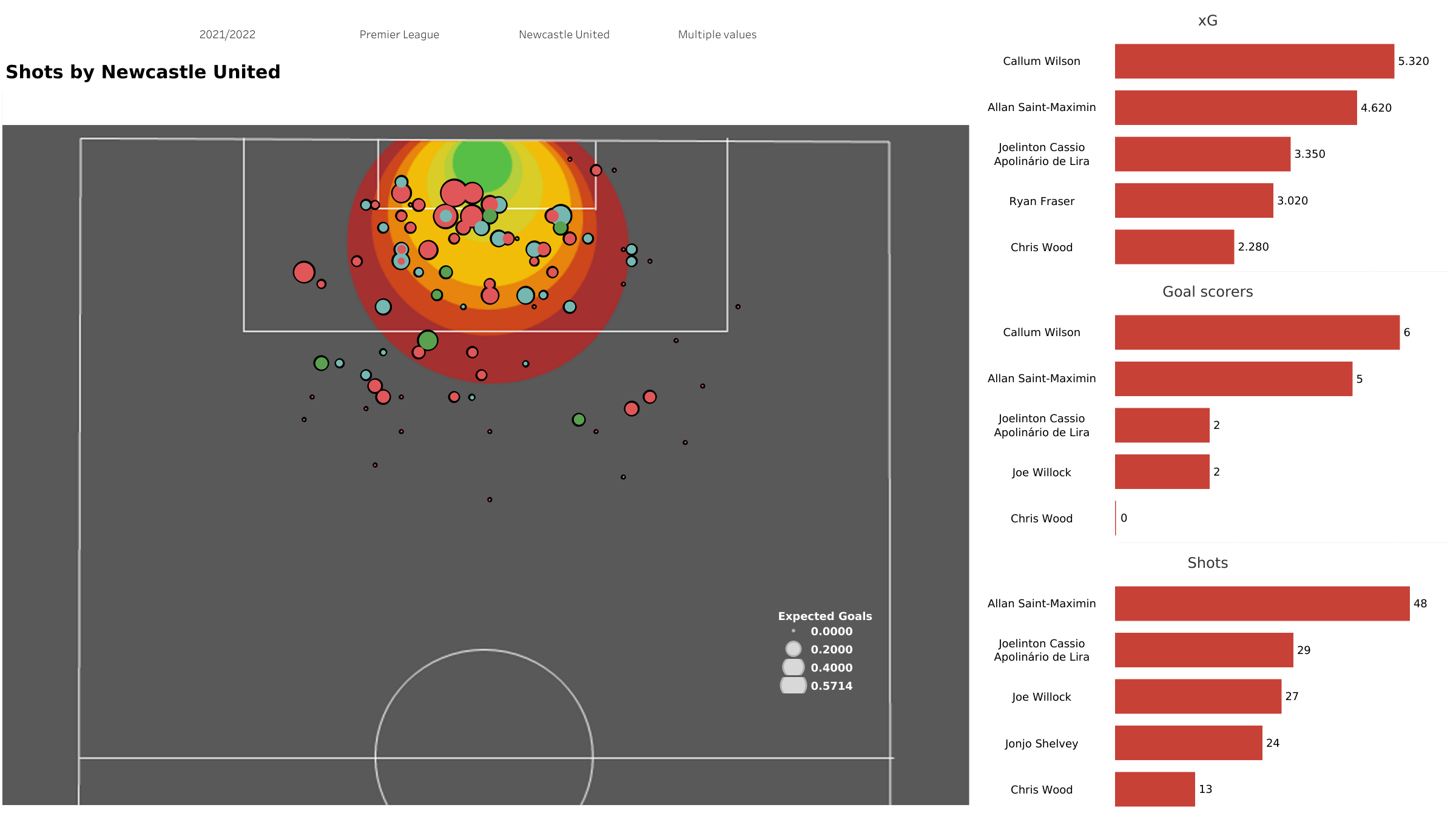 Newcastle United have attempted 286 shots, with 98 of them being on target. The Magpies have also scored a few goals from set-pieces and created a lot of chances like their opponents do. Joelinton and Allan Saint-Maximin, the players with the highest shot attempts for Newcastle Untied, remain in doubt for this match.

Chelsea will look to end Newcastle United’s unbeaten run and earn their fifth victory in a row in the league.