In gameweek 30, Chelsea will face bottom of the table side Norwich City in the English Premier League. The Blues will look to win their fourth consecutive match in the league, and that will strengthen their hold on the third position. Norwich City have lost their previous four games in the league and are one of the favorites to get relegated this season.

Norwich City are ranked 20th in the league table with four wins, five draws, and 18 losses. The Canaries have scored the lowest number of goals in the league. They have managed to find the back of the net 16 times, with an xG rate of 21.37. Their defense has also been leaky, and the team has conceded 58 goals. 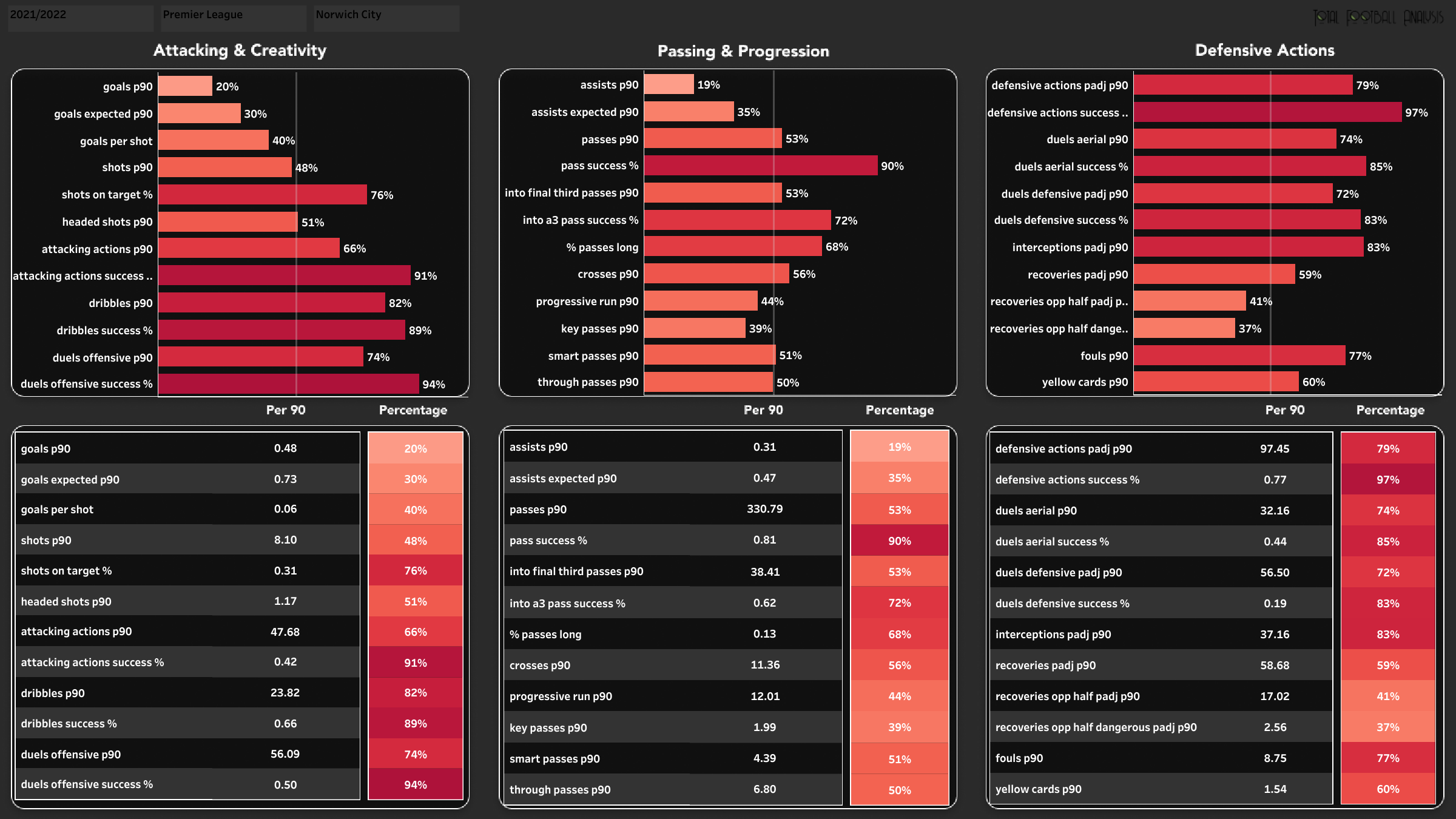 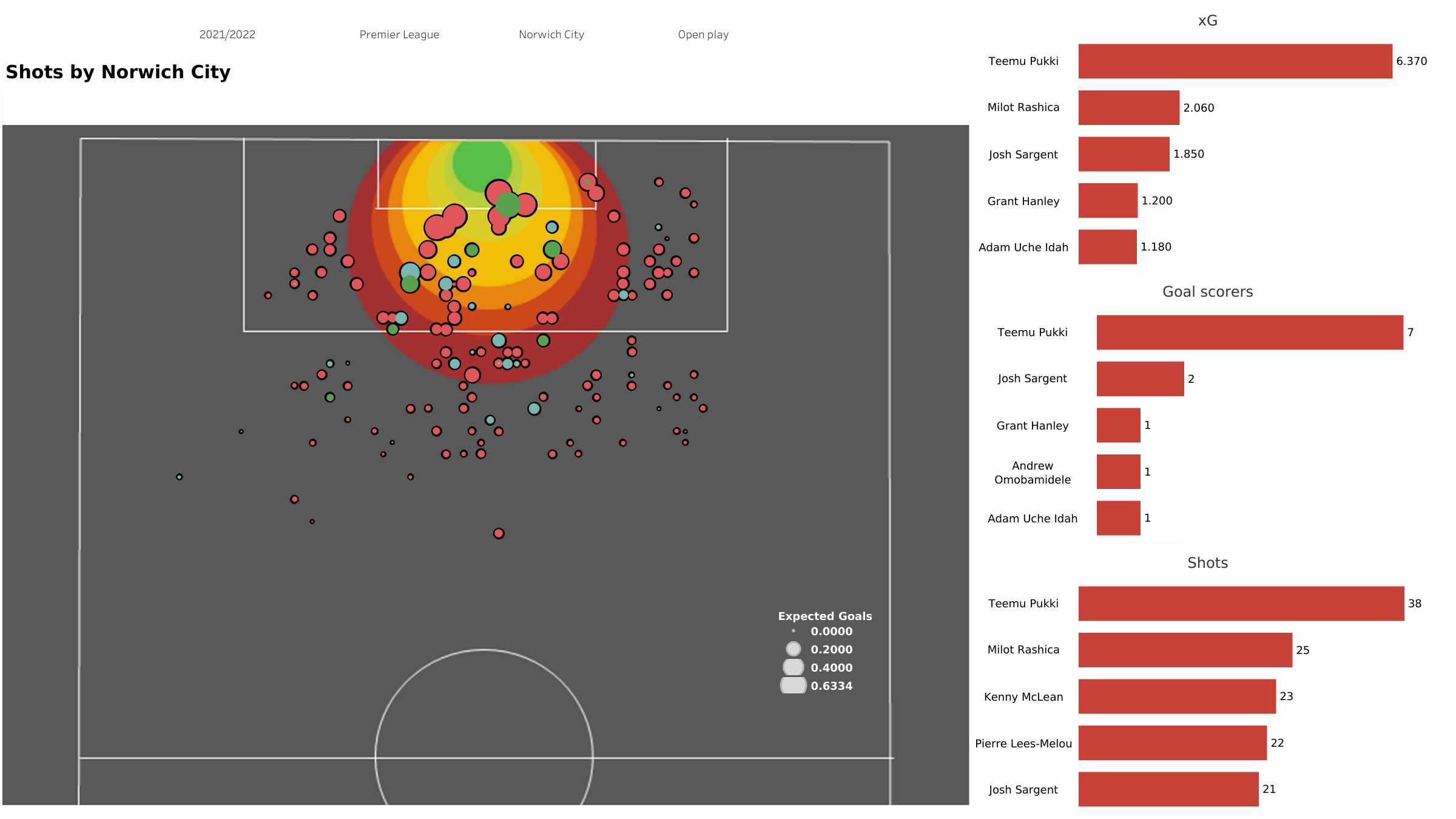 The above viz. shows all the shots attempted by Norwich City in open play. They have attempted the lowest number of shots in the league. Their overall count is 236 shots, with an average of 8.1 shots per 90 minutes. Of these 236 shots, 74 have been on target. Norwich City players have attempted 117 shots from inside the opposition’s penalty box, with 43 being on target.

Teemu Pukki has attempted the most shots this season for Norwich City. He is also their top goalscorer, with seven goals in 26 appearances. Dean Smith will be without Billy Gilmour in the midfield. The Chelsea loanee is ineligible to play against his parent club. 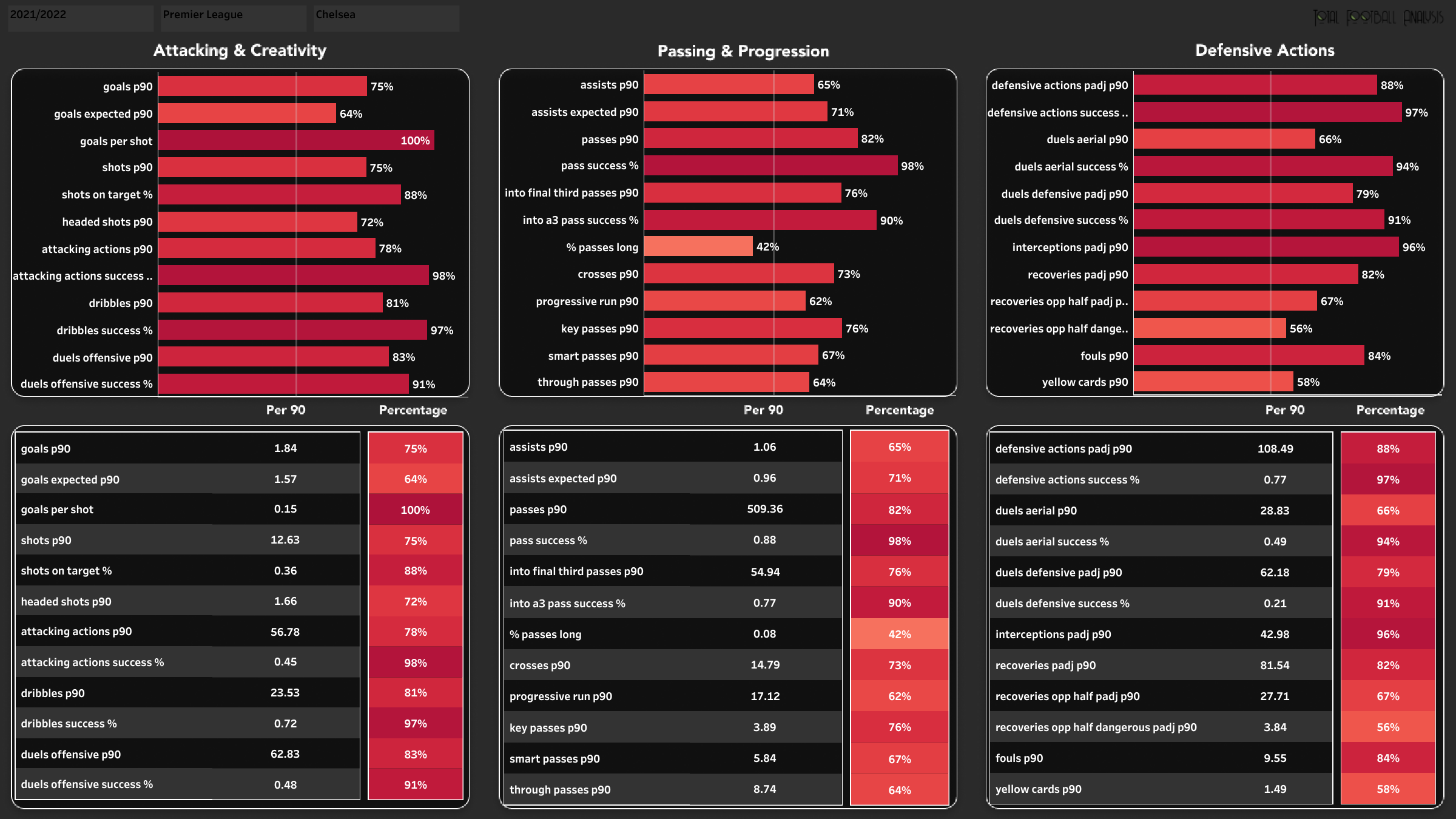 Chelsea are ranked third in the English Premier League table and are 16 points behind the league leaders with one game in hand. The Blues have found the back of the net on 53 occasions and have an xG rate of 44.33. They have the joint-best defense in the league and have conceded 18 goals. The above viz shows that Thomas Tuchel’s men have the highest goals per shot average in the league, with a high shot accuracy rate. Tuchel’s men average more than 500 passes per 90 minutes with an 88% pass accuracy rate. Defensively, Chelsea have been successful and have a high defensive action success rate, along with a high duels win percentage. 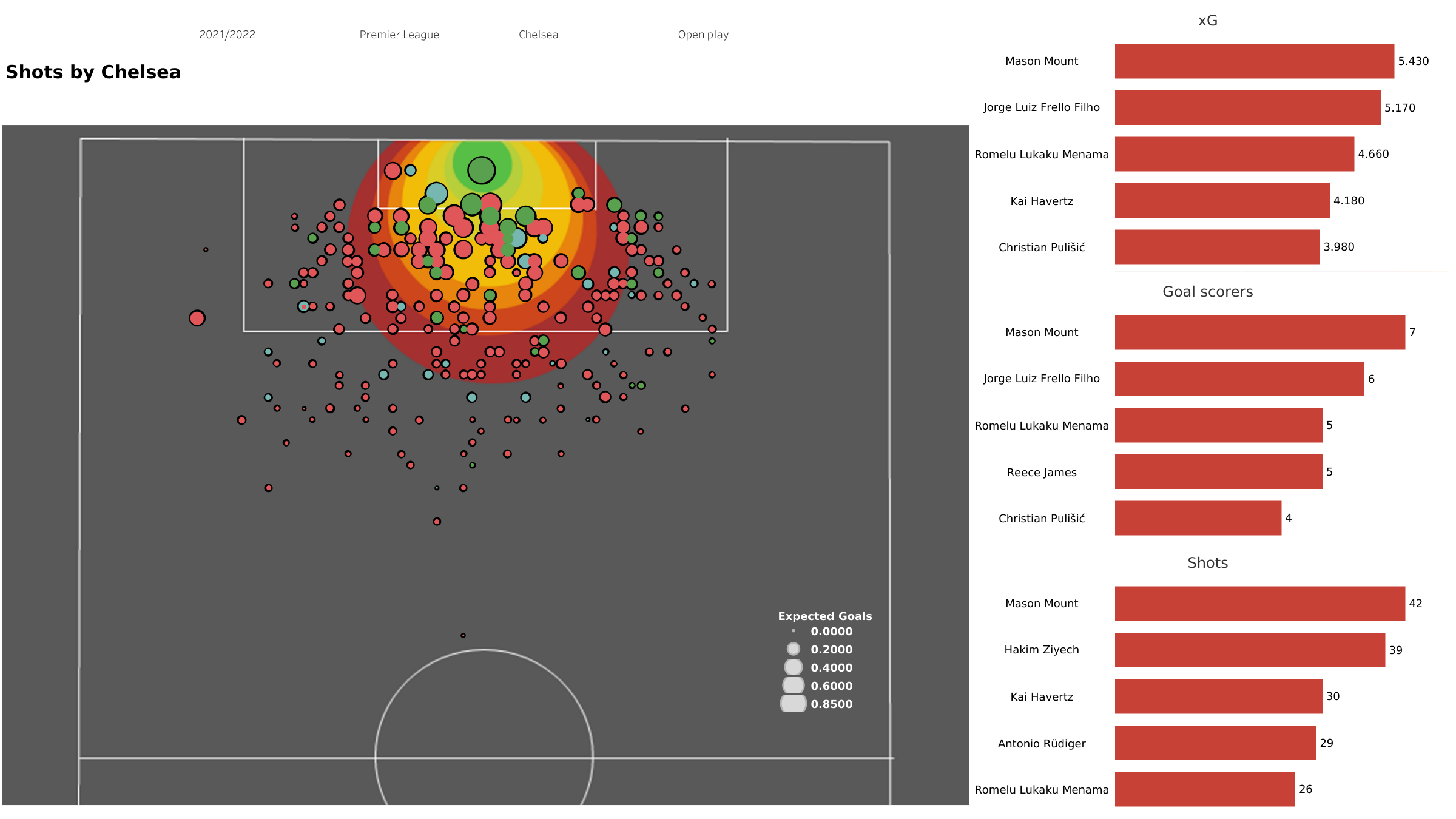 The above map shows that Chelsea attempt a lot of shots right in front of the goal. Overall, the Blues attempted 357 shots, and 136 were on target. Of these 357 shots, 221 have been attempted from inside the opposition’s penalty box, with 101 on target.

Mason Mount has attempted the most shots for his side and is the highest goalscorer. However, the manager has recently made a lot of changes to the starting XI due to the availability of a lot of players. Kai Havertz started the last match and scored a brace. Romelu Lukaku didn’t feature in the previous match and could come into the side.

Chelsea will be the favorites to take three points from this match. They have better stats than their opponents, and the manager will look to experiment with more combinations that could help his other players to get back into form.