Chelsea will host a managerless Wolves side in the English Premier league. The Blues enter this match with back-to-back victories under the new manager. Graham Potter’s men dominated the match against AC Milan and are likely to continue their winning run against a Wolves side sitting in the relegation zone. 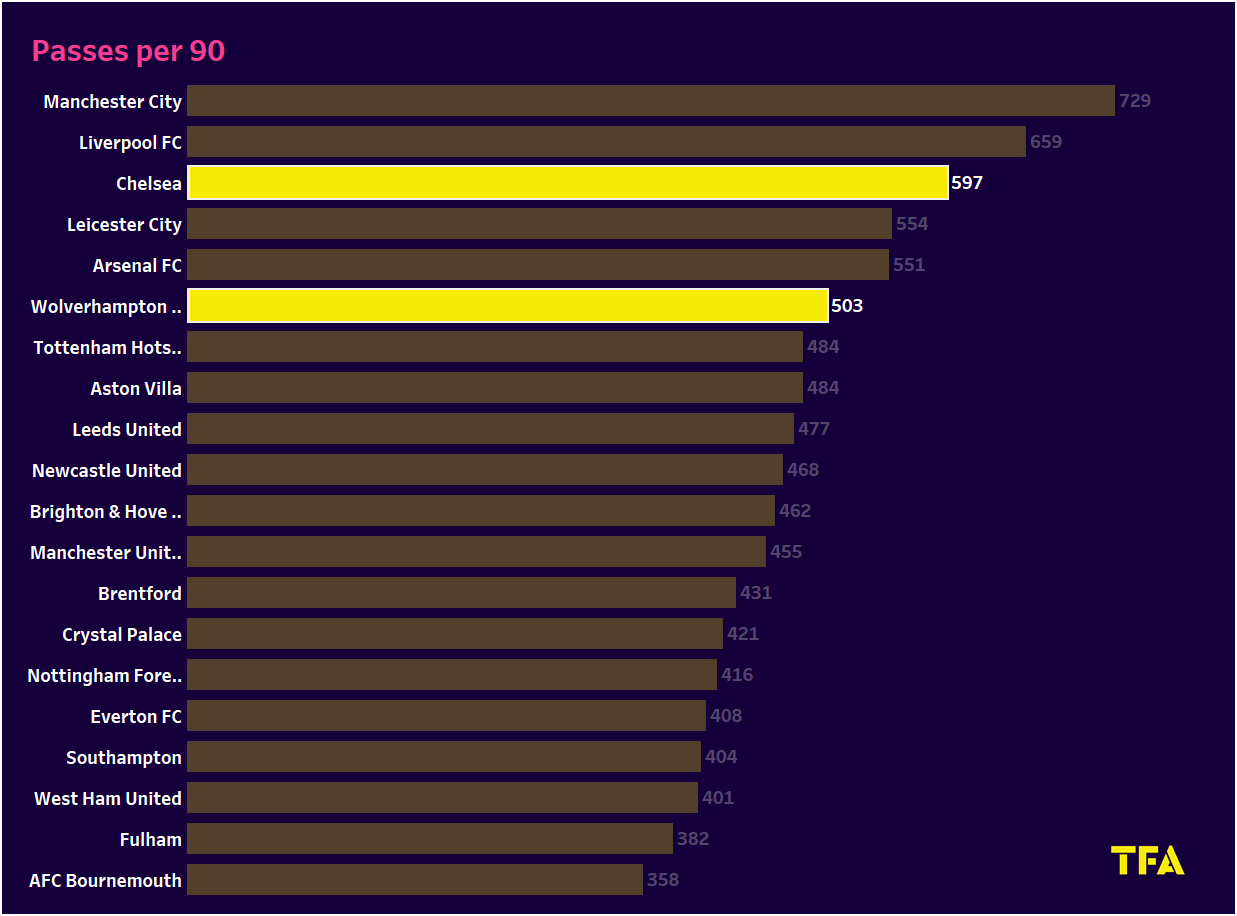 Chelsea have won four, drawn one and lost two matches this season. Wolves, on the other hand, have won one, drawn three and lost two matches. Both teams average more than 50% of ball possession this season. They are ranked high for attempting passes during the match. However, there have been some struggles and that has led to a poor start to the season for both teams. We look at some of the stats that could predict the outcome of the match. 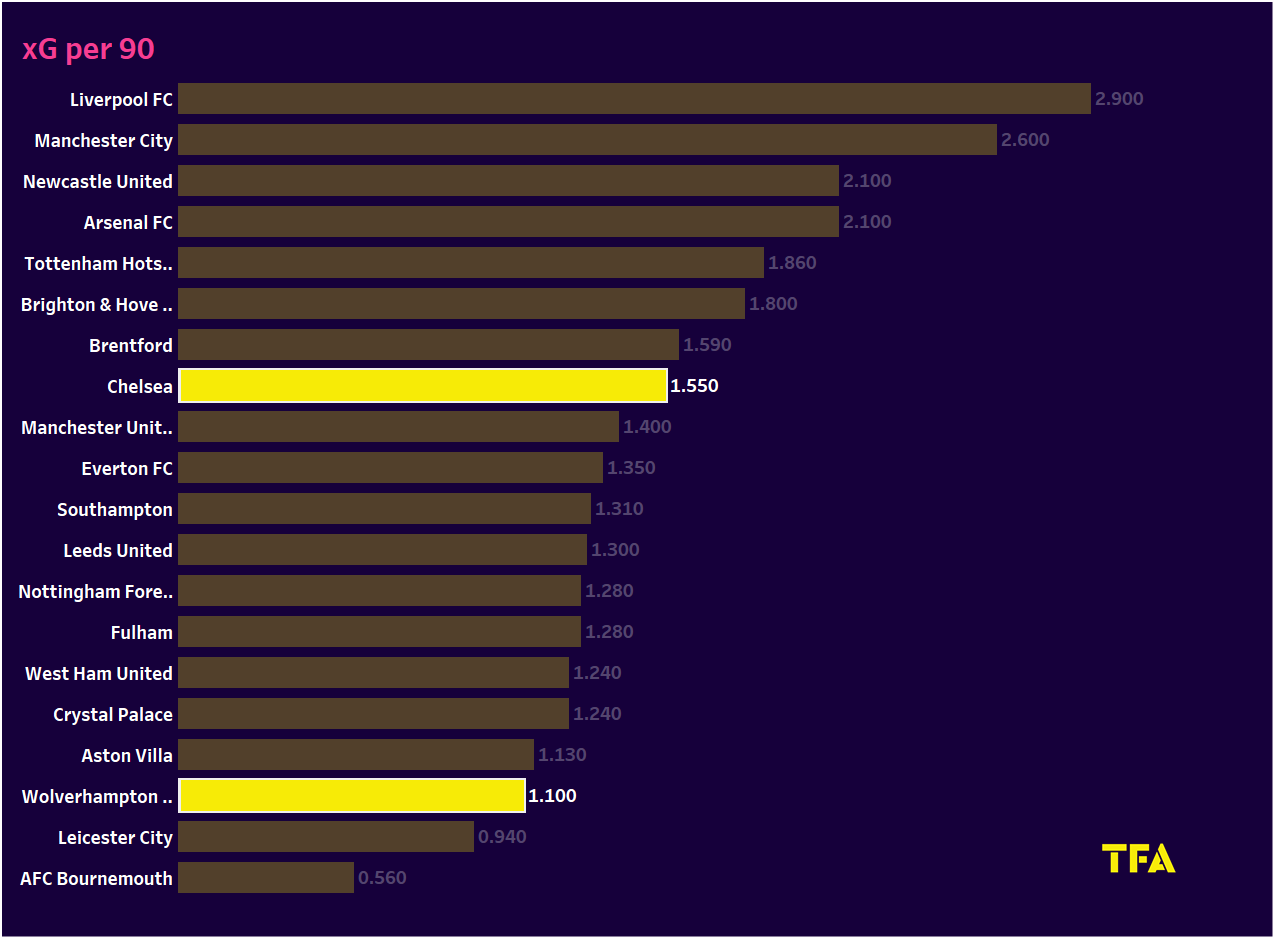 Wolves are the lowest goal-scoring team in the league. They have only managed to score three goals and have conceded nine at the opposite end. Chelsea have also scored fewer goals than their standard. The Blues have managed to score ten goals and have conceded the same number of goals. Chelsea only averages 10.7 shots per game, while Wolves average 12.13 shots. Both teams will be looking for at least a goal in this match.

Wolves struggling at both ends 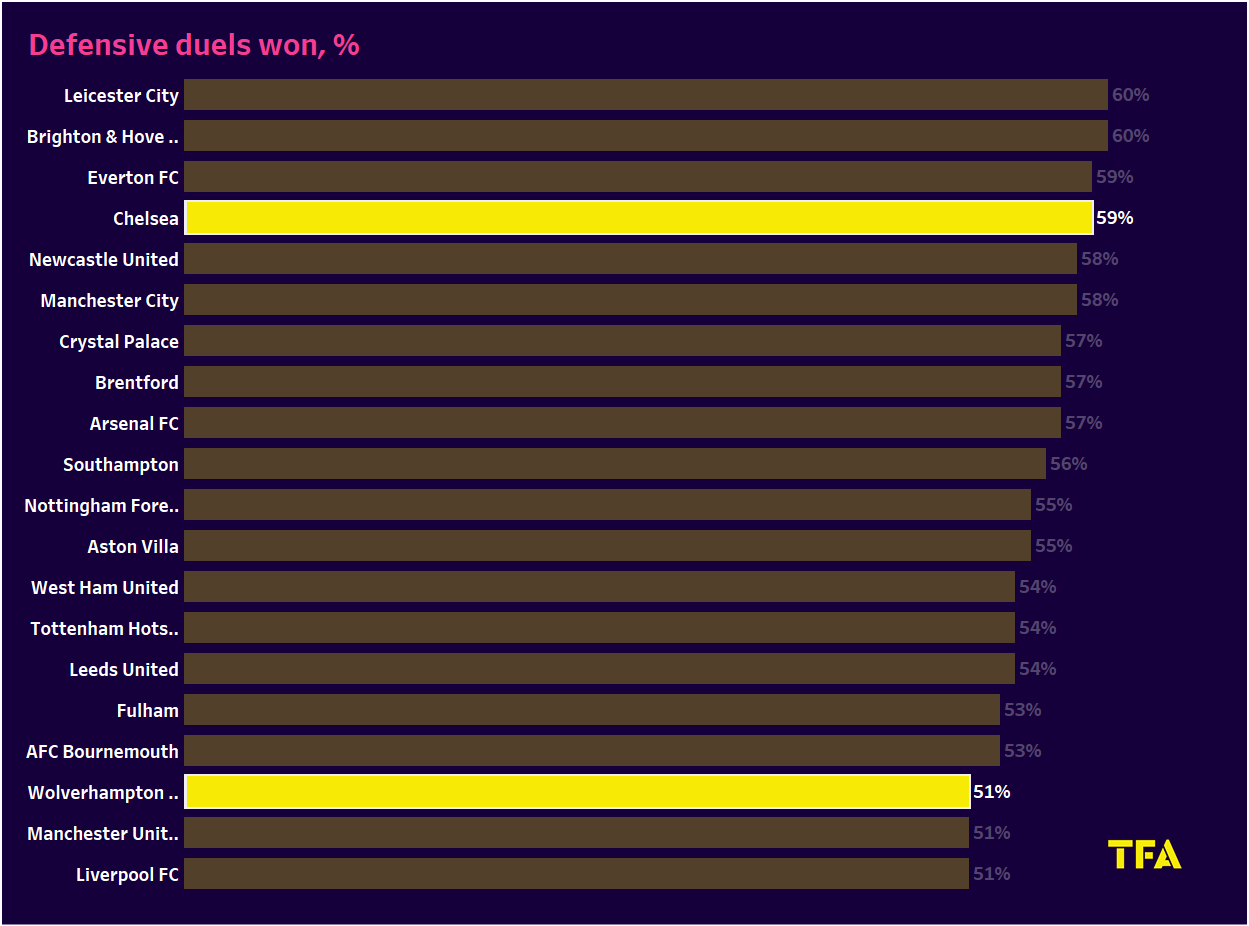 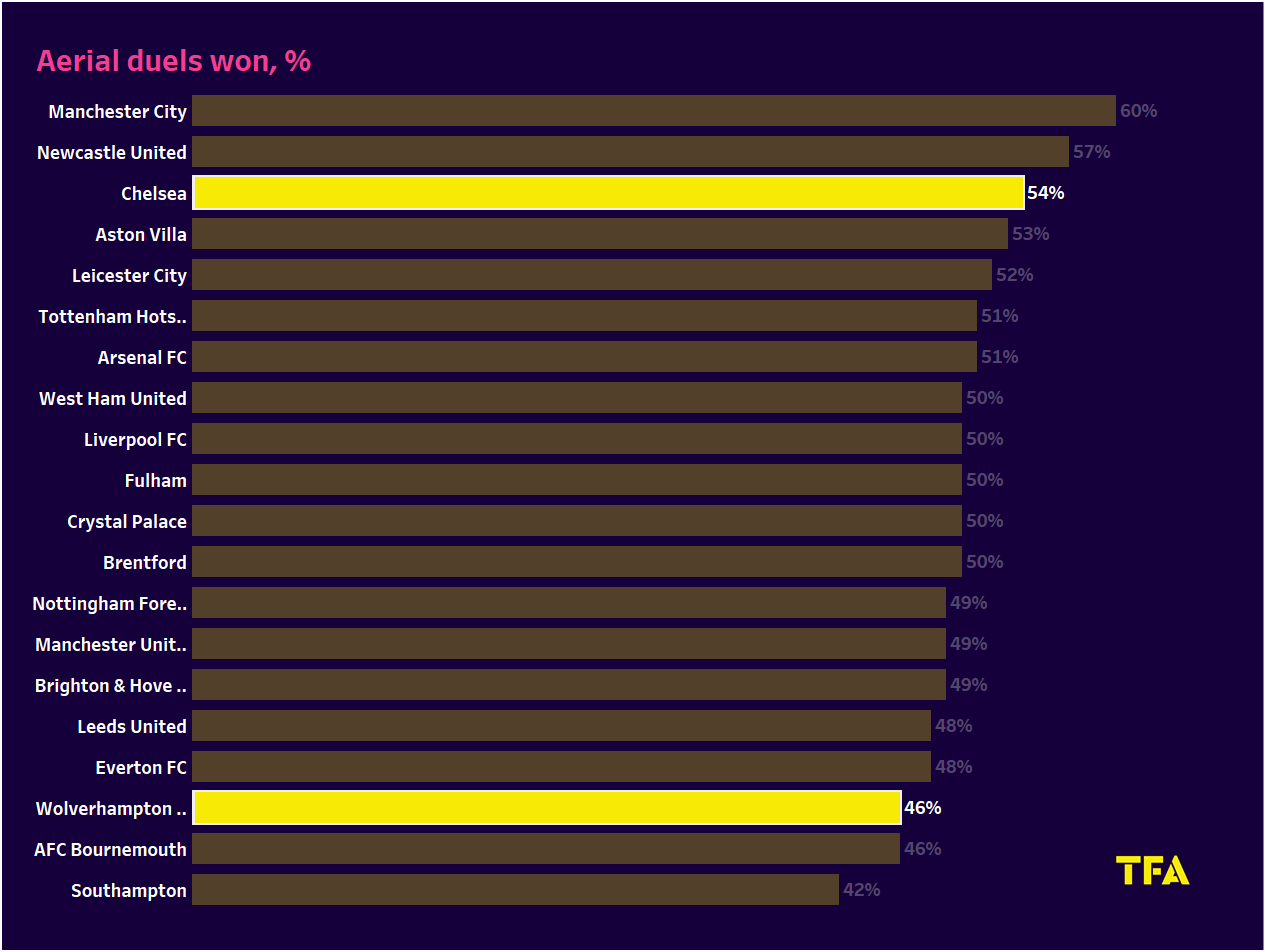 Chelsea might have conceded ten goals, but they have stayed strong at the back. The Blues have high defensive duels and aerial duels win percentage amongst other teams in the league. Wolves, on the other hand, are in the bottom three in terms of duels win percentage. They need to show some improvement in this game. 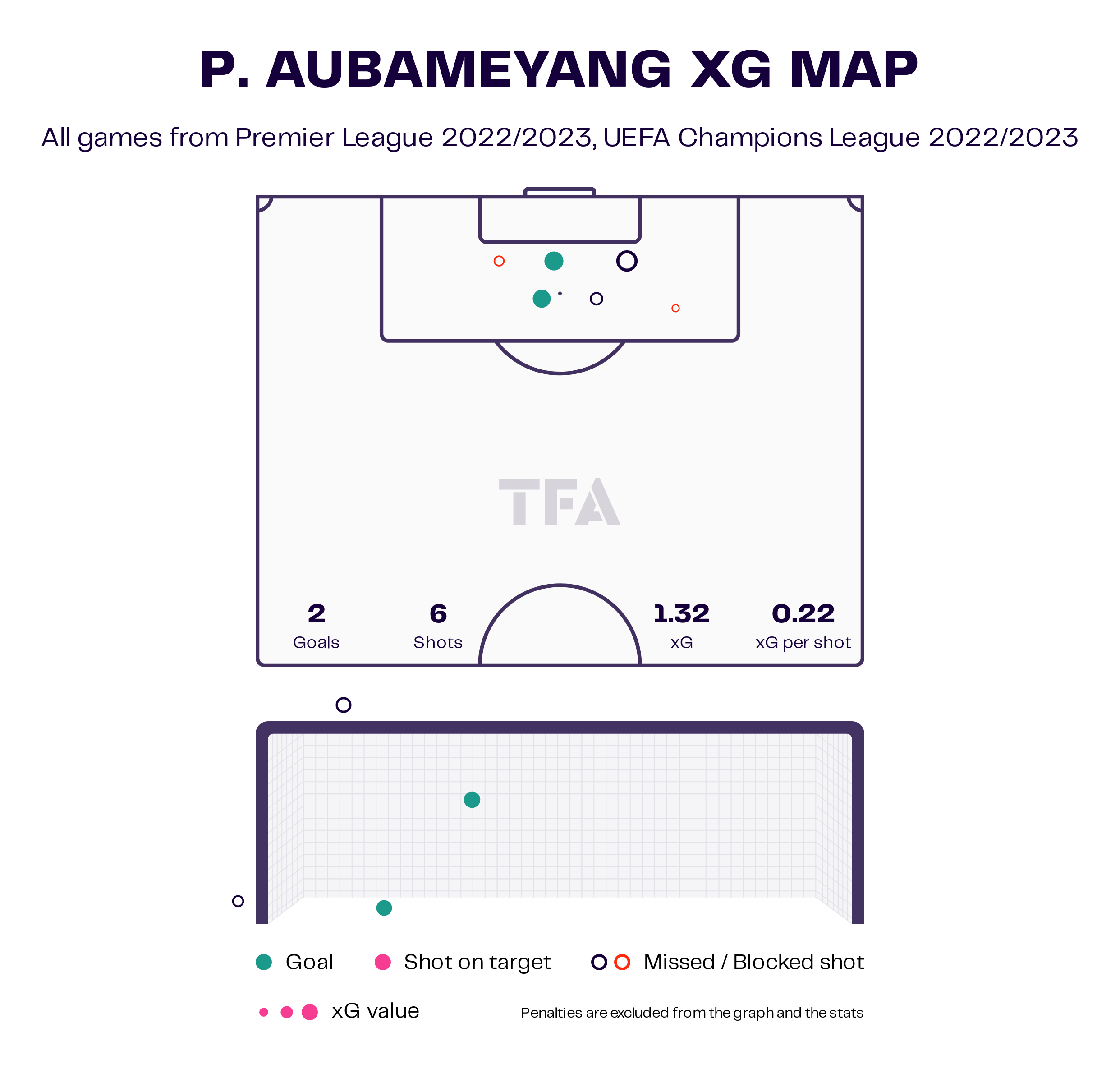 Pierre Emrick-Aubameyang has netted two goals in the last two games in all competitions. He will be hungry for more goals in a Chelsea shirt. The striker has experience of playing all over the world in top leagues and will look to improve the goalscoring stats of his team. 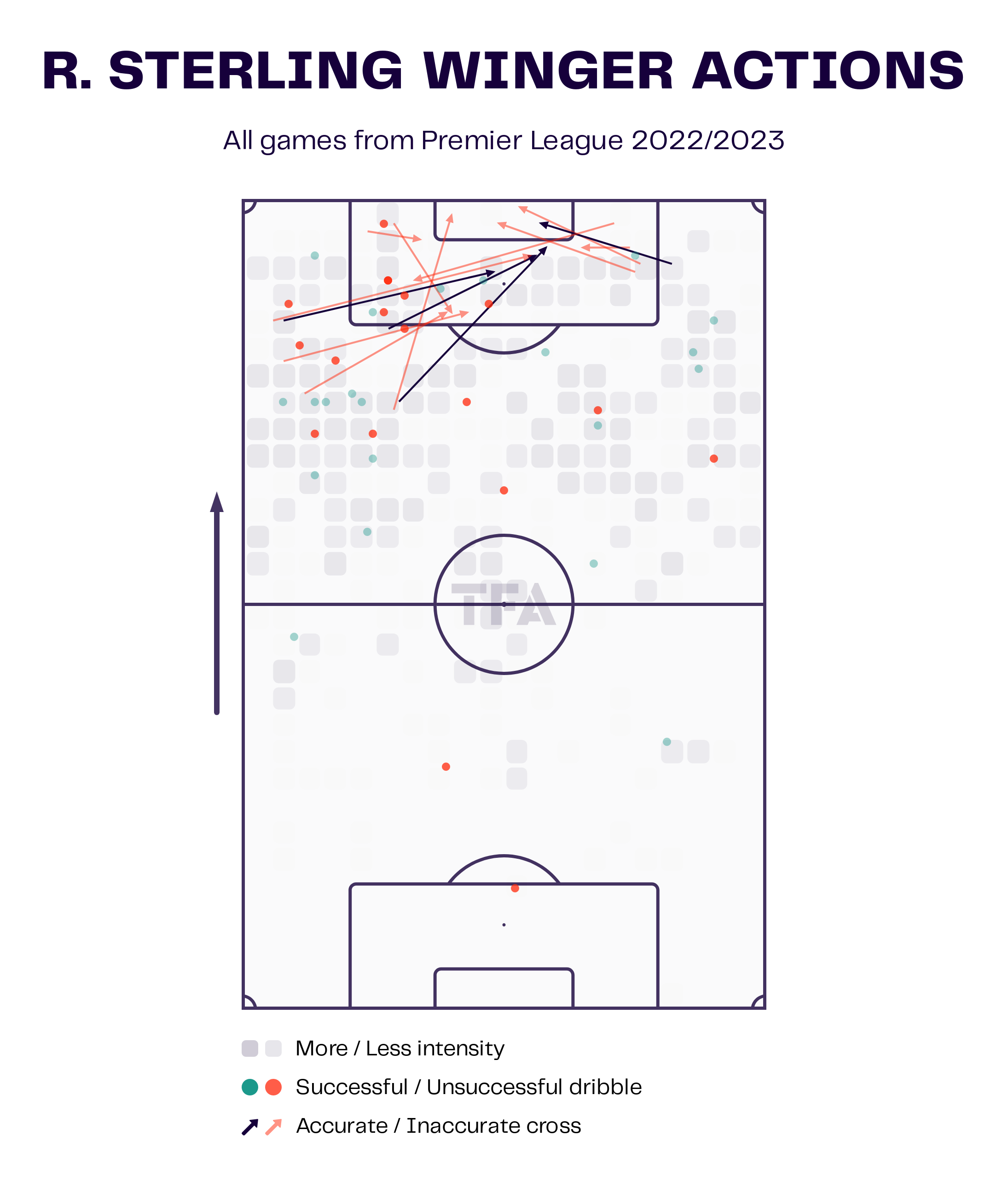 Raheem Sterling hasn’t scored a goal or provided an assist since August and will be looking to add his name to the scoresheet. The winger is a team regular who participates in attacking plays. Sterling will play a key role in this match.

Chelsea will be without N’Golo Kante and Wesley Fofana for this game. Marc Cucurella could return to the starting 11 for the Blues.

Wolves will be without Sasa Kalajdzic, Raul Jimenez, Pedro Neto, Chiquinho, Nathan Collins, and Ruben Neves for this game. Diego Costa could start against his former club.

Chelsea are the clear favourites to win this match. They will look to improve their attack in this match and be more clinical with their finishing. The opposition have struggled to win their duels and this will be a tough outing for them against an in-form Chelsea side.