Chelsea made a late comeback to earn a 2-1 victory over West Ham United in the English Premier League. Michail Antonio opened the scoring for the visitors in the 62nd minute. Thomas Tuchel made a few substitutions, and that changed the dynamics of the game. Ben Chilwell scored the equaliser in the 76th minute before Kai Havertz bagged the winner in the 88th minute. The Blues won their third game and have reached ten points for the season. West Ham United suffered their fourth loss and sit in the relegation zone.

What was Chelsea’s accuracy rate for passes to the final third? How many shots were attempted from inside the penalty box by West Ham United? 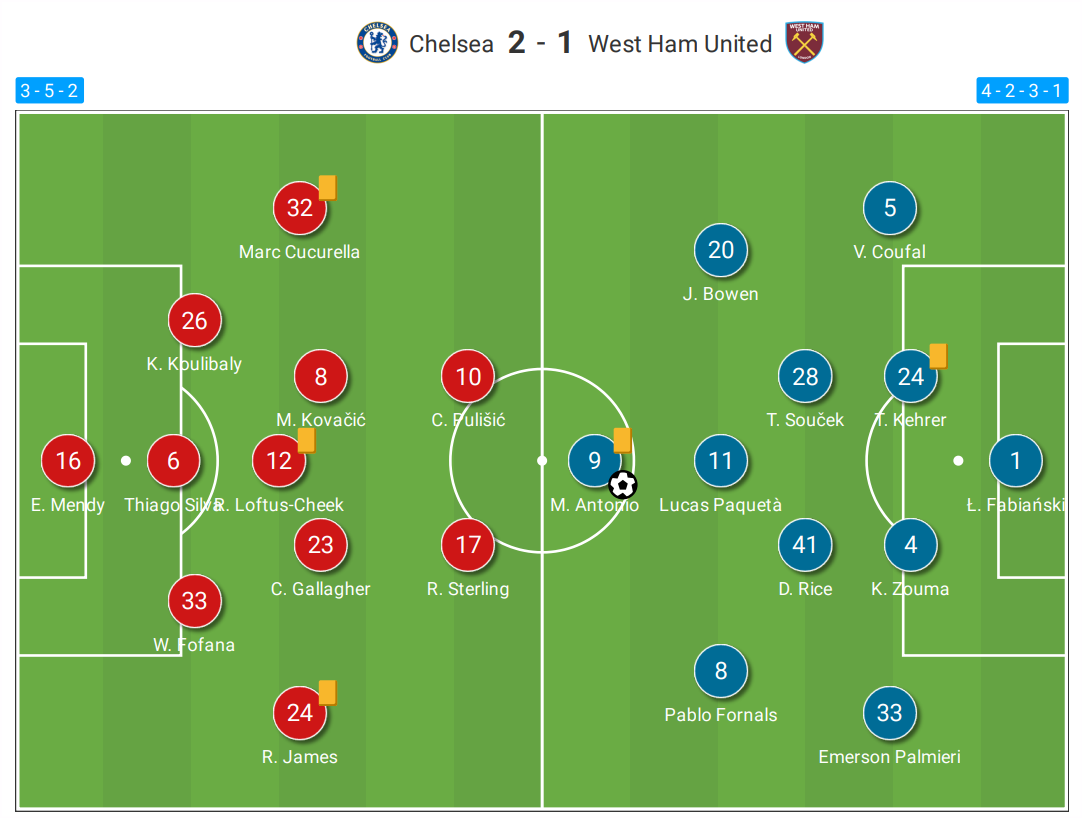