Chelsea suffered their second defeat of the season after Southampton came out with a 2-1 win at St. Mary’s Stadium in the English Premier League. Raheem Sterling gave Thomas Tuchel’s men the lead in the 23rd minute. Southampton made a comeback in the first half and went 2-1 up. The second half went goalless, and Chelsea now have three points from three away games.

How many recoveries were made in the middle third by Southampton? What were the attacking zones for Chelsea? 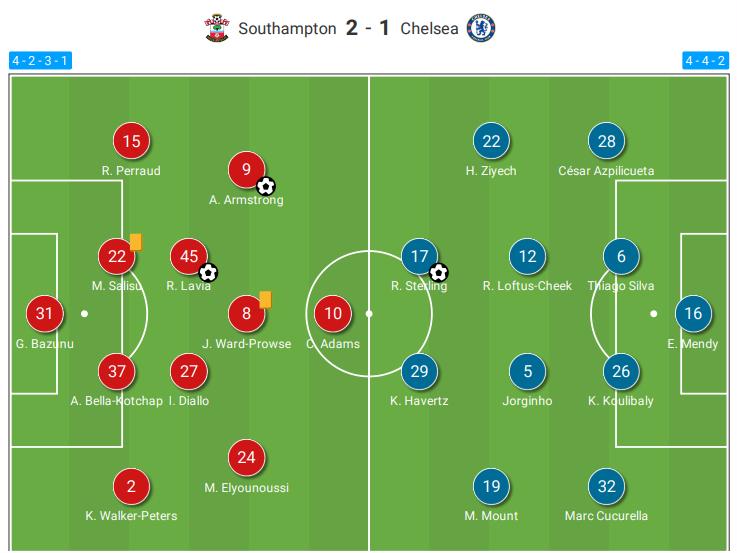