Chelsea won their third successive match in the UEFA Champions League after an away 2-0 victory over AC Milan. The hosts were reduced to ten men after former Chelsea defender Fikayo Tomori was sent off for a challenge on Mason Mount inside the penalty box. Jorginho scored a penalty, and Pierre-Emerick Aubameyang doubled the lead in the second half to confirm three points for the team. This win takes them to the top of Group-E and AC Milan remain in third position.

Which AC Milan player won the most number of defensive duels? Which Chelsea player made the highest recoveries? 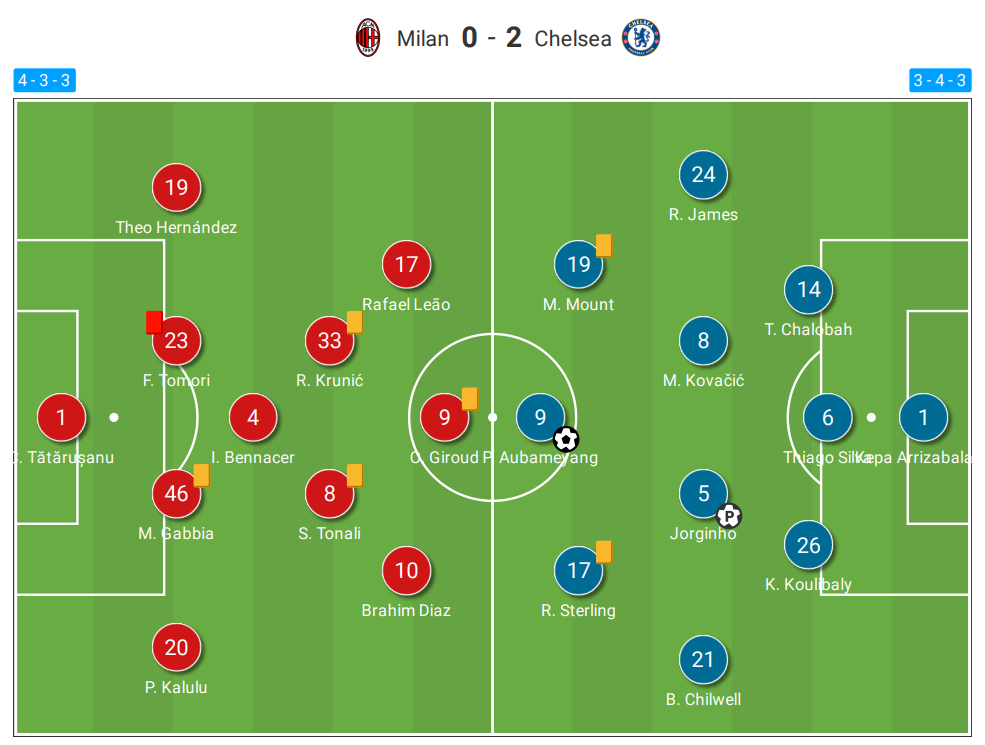