Chelsea saw two of their main strikers leave the club in the summer. Romelu Lukaku joined Inter Milan on a loan spell, and Timo Werner headed back to RB Leipzig on a permanent deal. This left the manager with only a few attacking options. They were without a proper number nine and decided to keep their Albanian striker, Armando Broja, in the team. At the end of last season, Broja was sent on a loan spell at Southampton, and there he made his mark.

The 21-year-old was chased by a few English Premier League clubs, but the Blues decided to keep him in the squad. However, the Blues haven’t made full use of their potential and have only given him 102 minutes on the pitch in the English Premier League. Armando Broja has failed to make an impression in his limited playing time.

With Graham Potter now in charge, the players can expect to get a start under the new manager. We now look at some of the stats from last season that show why Armando Broja should get more minutes on the pitch. 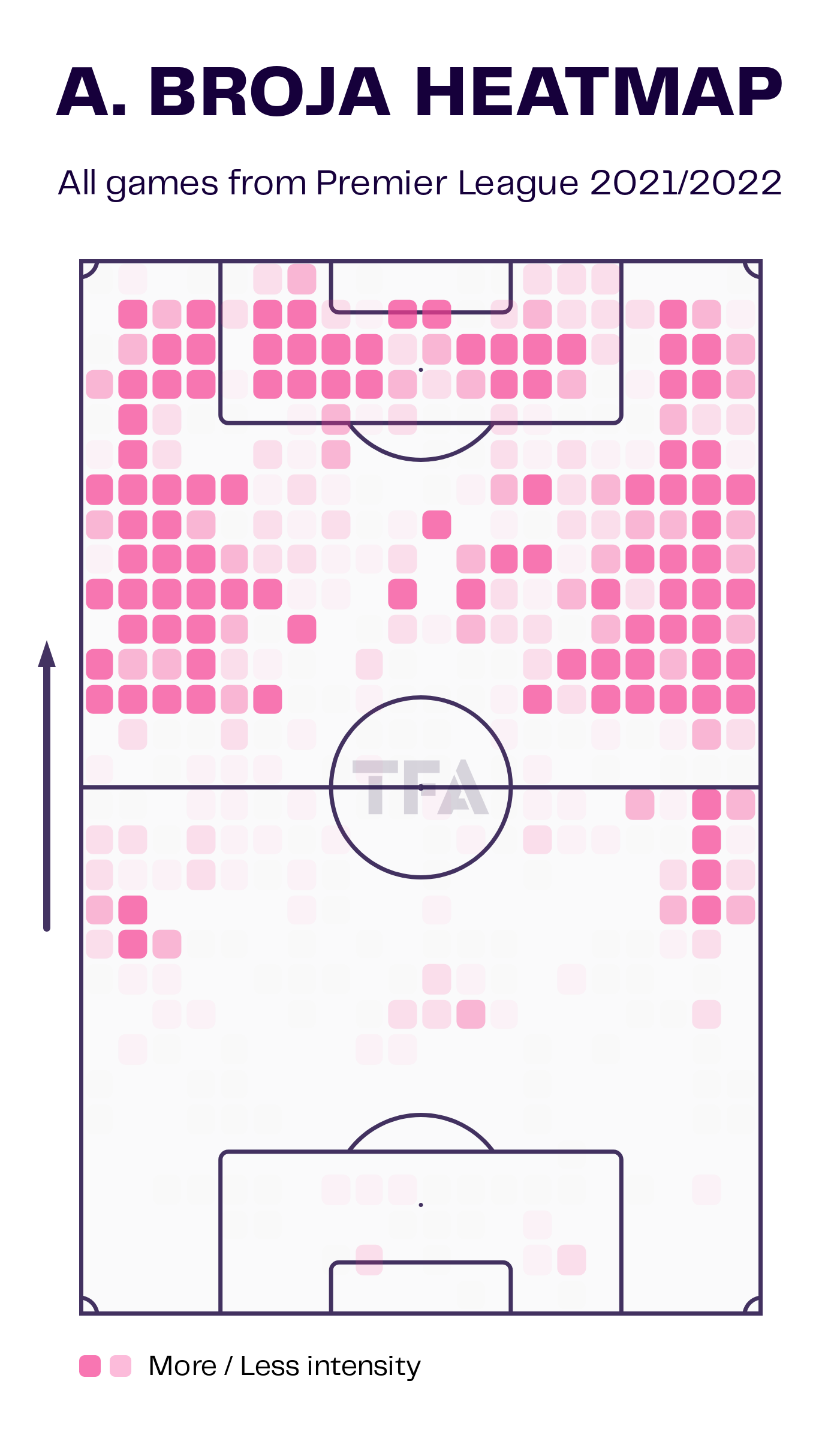 Armando Broja made 32 appearances in the English Premier League last season. He scored six goals for the Saints. The above viz shows the average position of the player.

Southampton usually plays with two strikers, and this is the reason why the heatmap shows high intensity on the flanks. Armando Broja did a lot of running for his team and was involved in most of the attacks. This season, he has only made four appearances and is yet to make his mark. Graham Potter can use him as a proper number nine. In most of the matches, Kai Havertz played as a number nine, but the German has failed to find his form. Armando Broja could be given an opportunity from the start, and he has the potential to make full use of these opportunities. 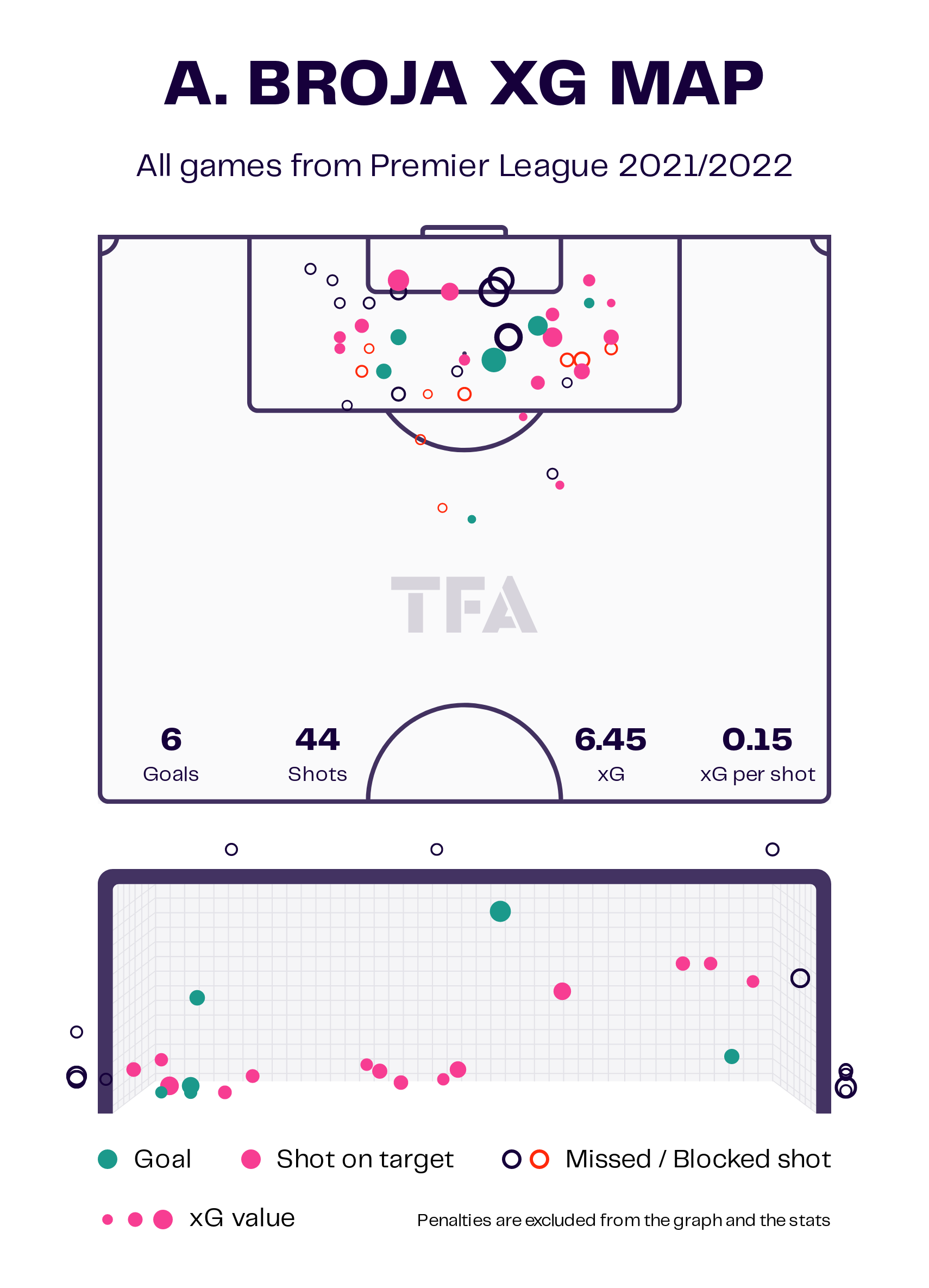 The Albanian striker averaged 1.87 shots per 90 minutes last season and had an accuracy rate of 47.7%. By looking at the above viz, it can be observed that Armando Broja finds space inside the opposition penalty box to score a goal. Another interesting thing about the player is that he keeps the ball down and his off-target shots have just gone past the posts. Only three shots went above the crossbar. Chelsea full-backs deliver a lot of passes into such dangerous areas, and Armando Broja, being a striker, can get behind these passes. 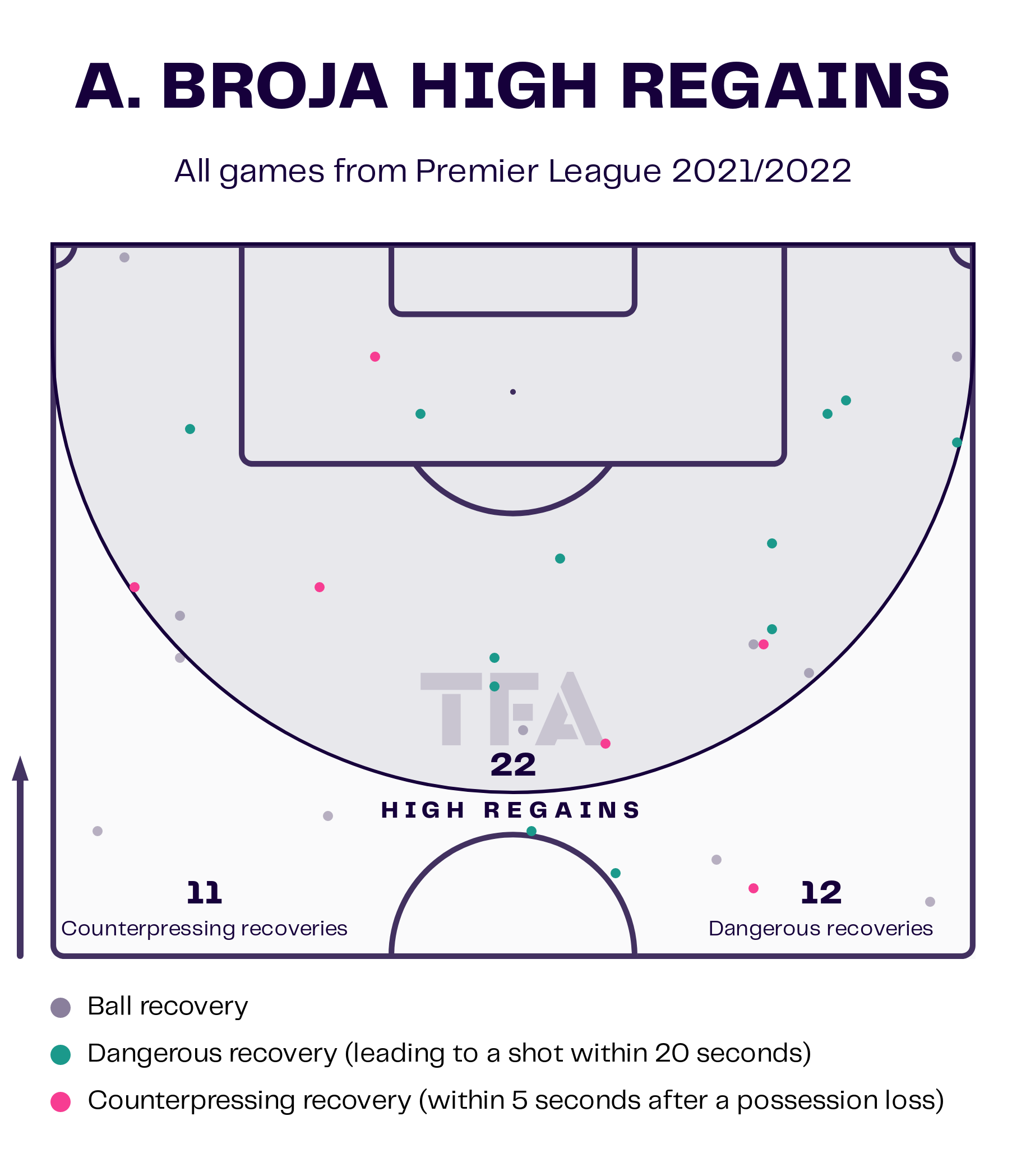 Chelsea have failed to make full use of their players. Armando Broja has spent most of the time on the bench despite having the experience of playing in the English Premier League. Graham Potter should look to get the best out of him and hope that Broja scores a few goals for his side.