Ruben Loftus-Cheek has risen through Chelsea’s ranks and is a member of their current squad. The Englishman could have left the club in the summer, but the club decided to stick with him. The 26-year-old is a central midfielder who has shown a lot of versatility this season. Thomas Tuchel used him as a defensive midfielder and as a right wing-back. The player proved to be handy and made some decent contributions in the English Premier League. Chelsea have made a poor start to the season, but Loftus-Cheek has turned out to be one of the positives for the club. We now look at some of his stats to show how he adjusted to his new role. 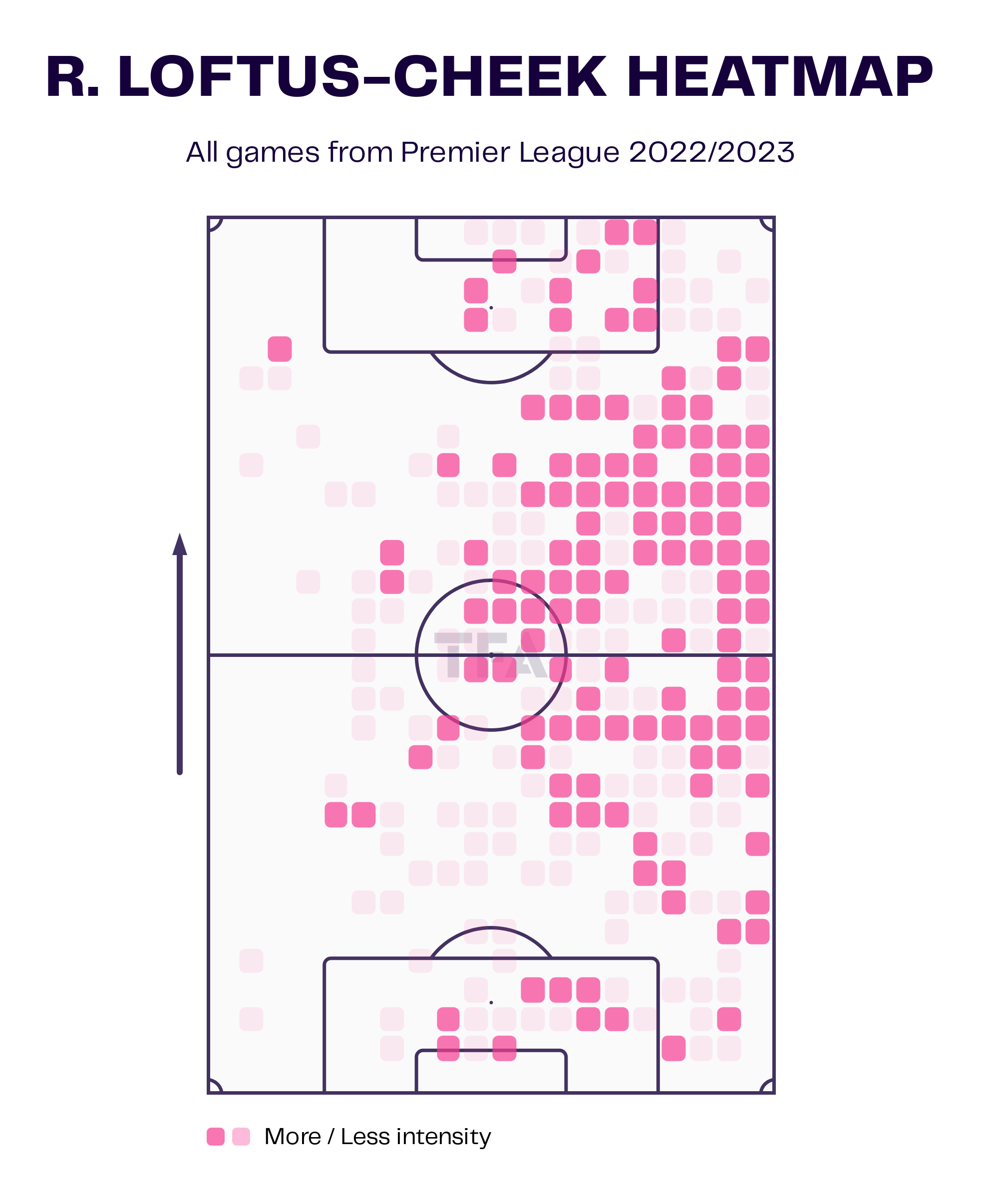 Ruben Loftus-Cheek has spent 464 minutes on the pitch for Chelsea this season. The above viz shows his heatmap for the season. We can see that Loftus-Cheek has covered a lot of ground on the right side. He was unable to score a goal or provide an assist in the six appearances he made for the club. 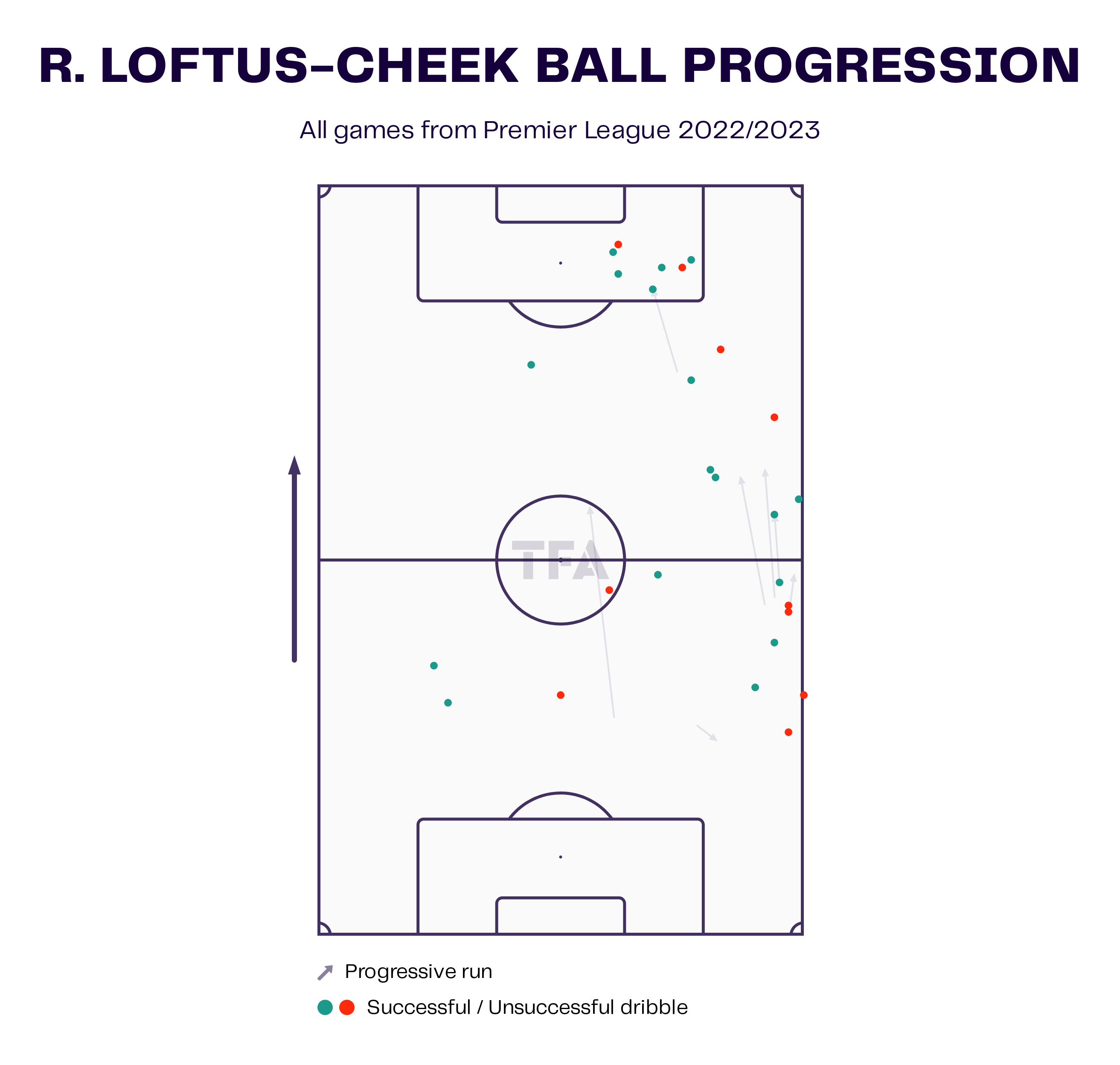 Ruben Loftus-Cheek made a few progressive runs to carry the ball into dangerous areas in the opposition’s half. The player has tried to get past the opposition defenders by dribbling past them. The 26-year-old attempted 27 dribbles and had a 63% success rate. He was very effective inside the opposition penalty box and won a few dribbles. This shows that the player is confident in making these forward runs and could get into dangerous positions to deliver an assist or score a goal. 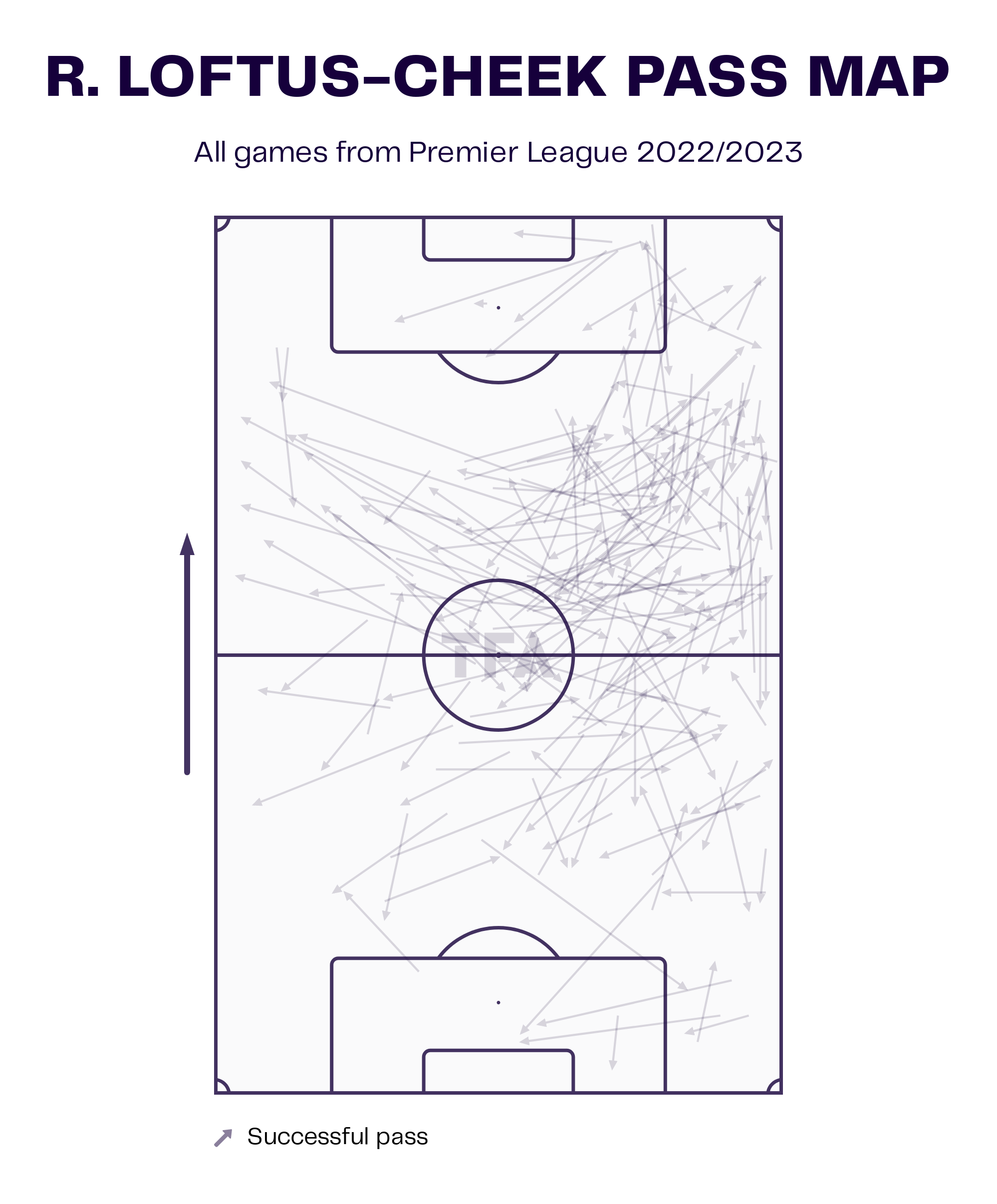 The midfielder averages 43.06 passes per 90 minutes with an 86% passing accuracy rate. These passes include 6.8 passes to the final third, with a high accuracy rate of 94.3%. By looking at the above viz, we can observe that Loftus-Cheek has attempted a few crosses from inside the opposition penalty area. He has won a few dribbles on that side and that has led to crosses being delivered into the dangerous areas. Ruben Loftus-Cheek has yet to provide an assist but could end up with a few at the end of the season. 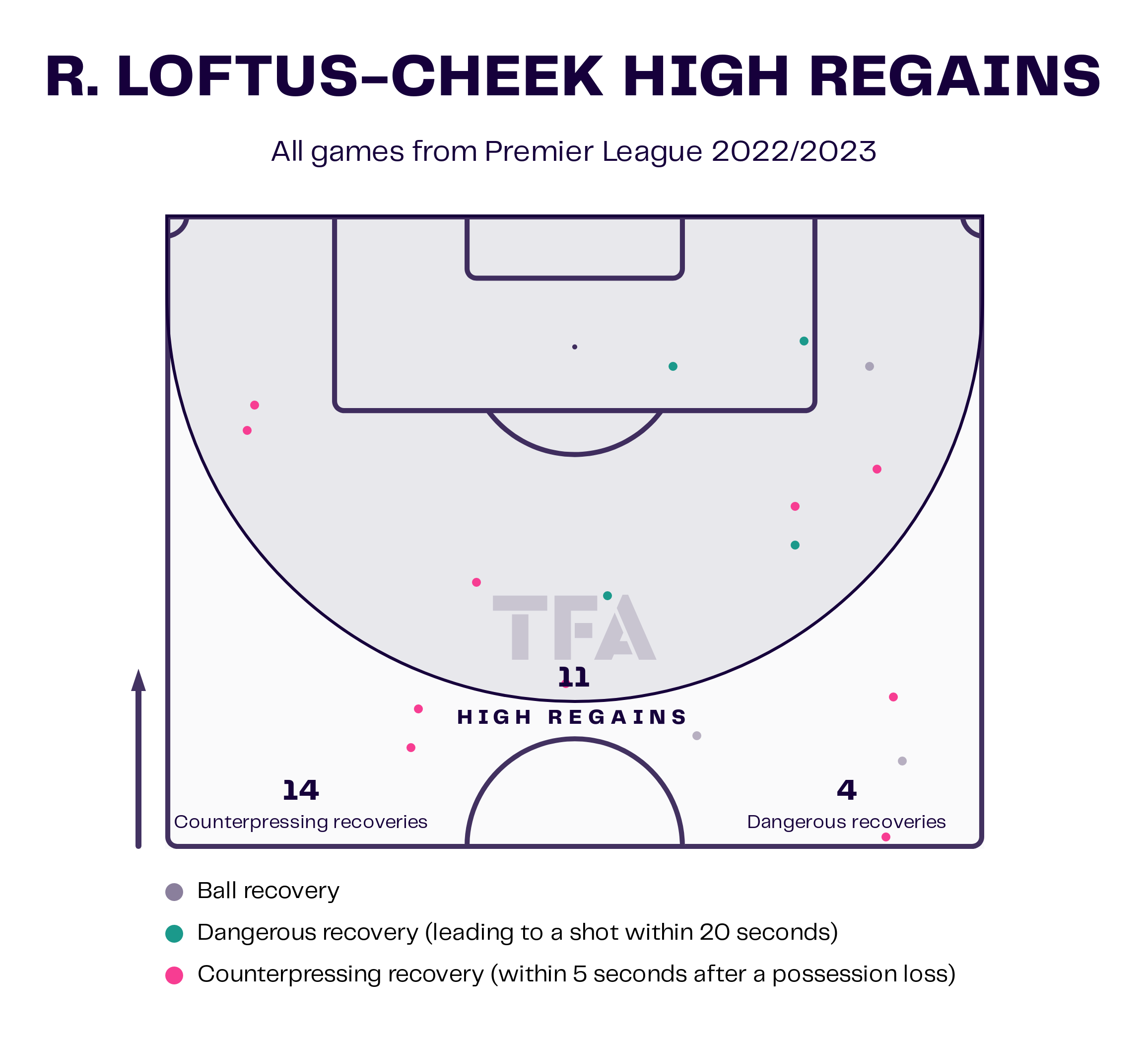 Ruben Loftus-Cheek has shown improvement but still lacks that final delivery. He is yet to provide a goal-scoring contribution. The player will look to make full use of the opportunities provided in the future and establish his place in the Blues’ starting 11.