Fulham youngster Fabio Cavarlho is on the radar of a lot of English Premier League clubs. His performances have been impressive and the 21-year-old is one of the best performing youngsters in the EFL Championship. Defending European Champions Chelsea are also interested in buying the midfielder. 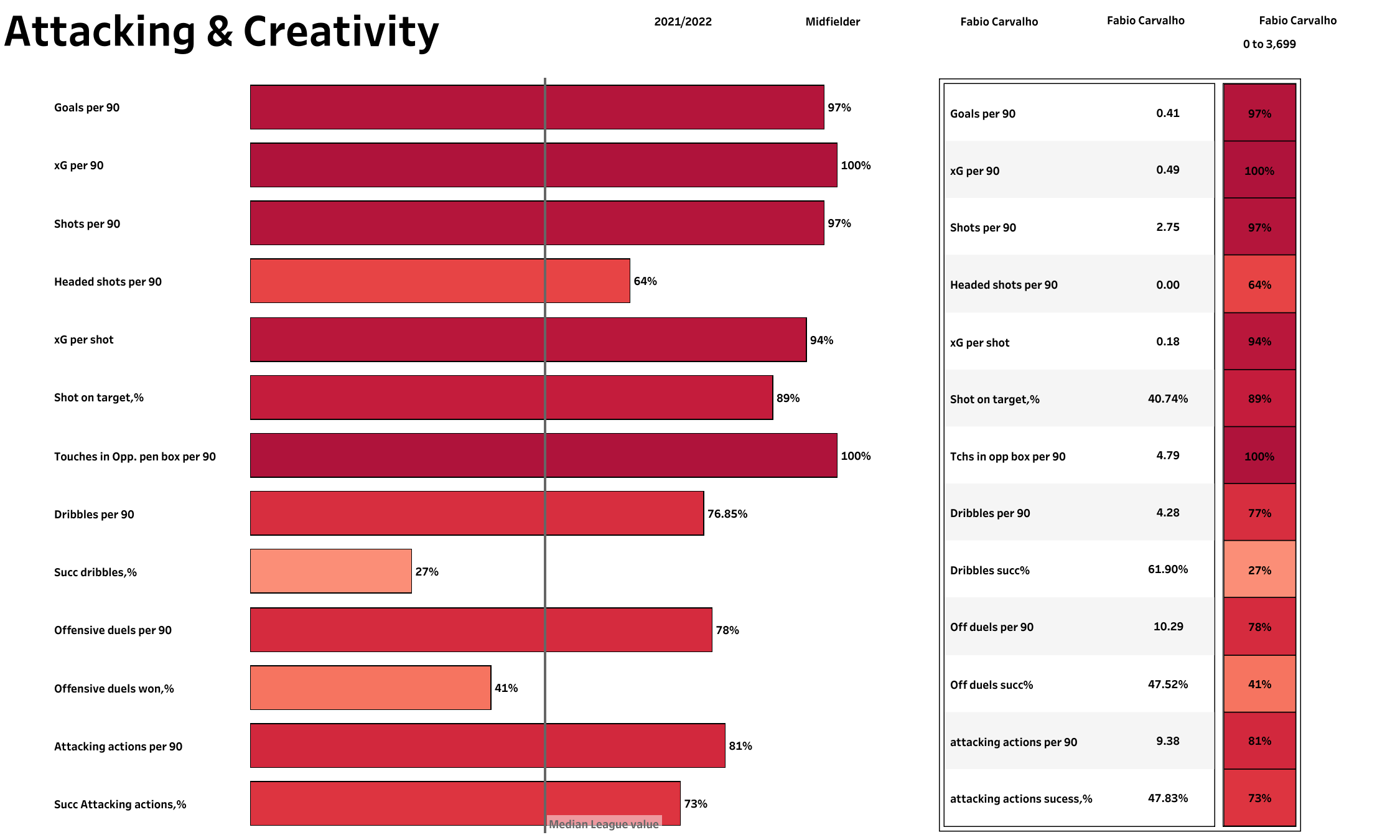 The midfielder has made 13 appearances for the Cottagers this season and managed to score four goals along with one assist. When looking at the above chart, the general rule is that the longer the bar, the better the performance – you can see the league average in the middle, and the % is the percentile rank the player is in. The youngster has one of the best goals per 90 and the expected goal rate in the league. He has taken 47 touches inside the opposition’s penalty box and is also ranked high amongst other midfielders in the league. Carvalho has attempted 42 dribbles with a 61.9% success rate. 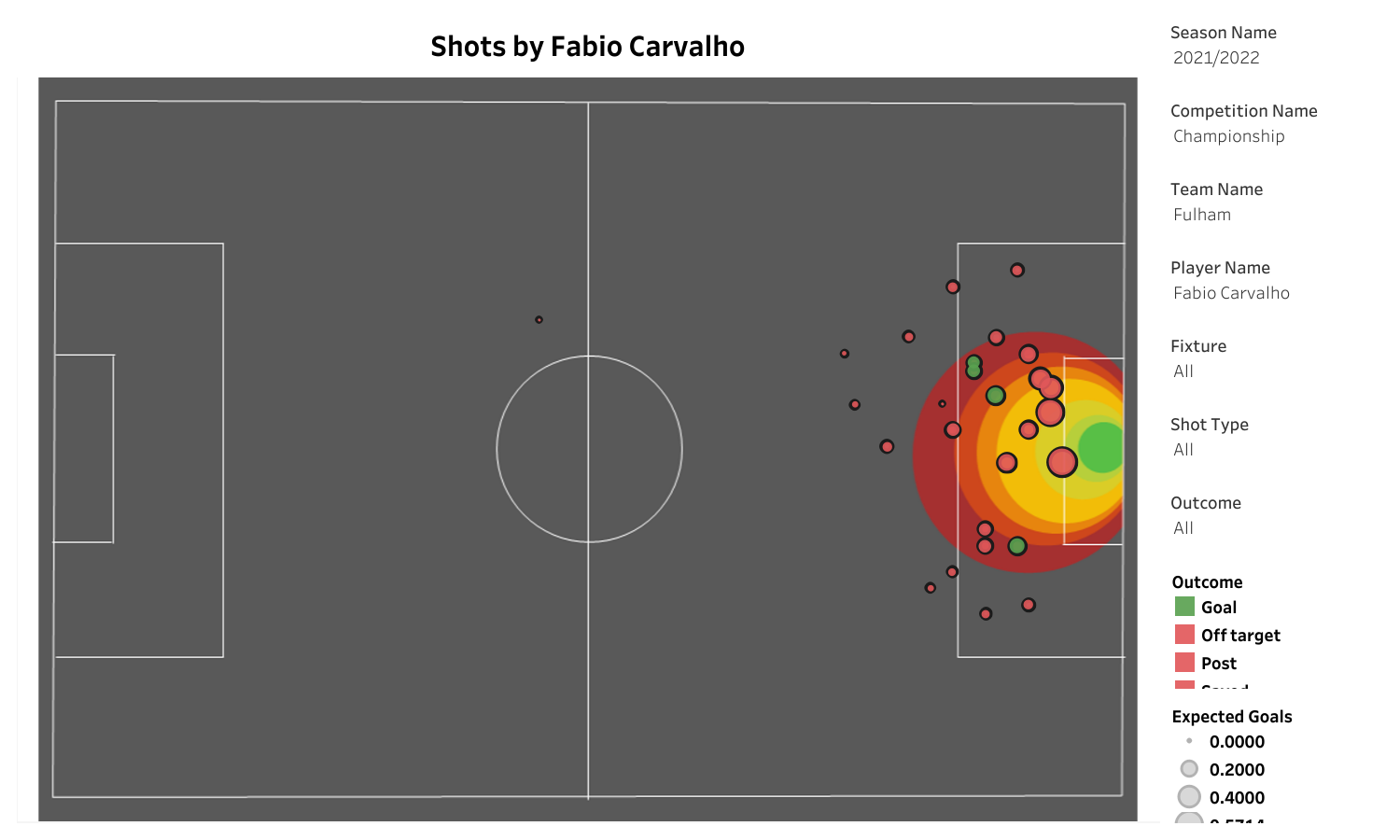 The above shot map shows all the 27 shots attempted by Fabio Carvalho. He has scored four goals and managed to hit the target 11 times. 20 shots were attempted from inside the opposition’s penalty box, and one shot was attempted from inside his half. His highest shot count is against Derby County. He attempted seven shots against the Rams, and he managed to hit the target three times. His overall expected goal rate this season is 4.76. 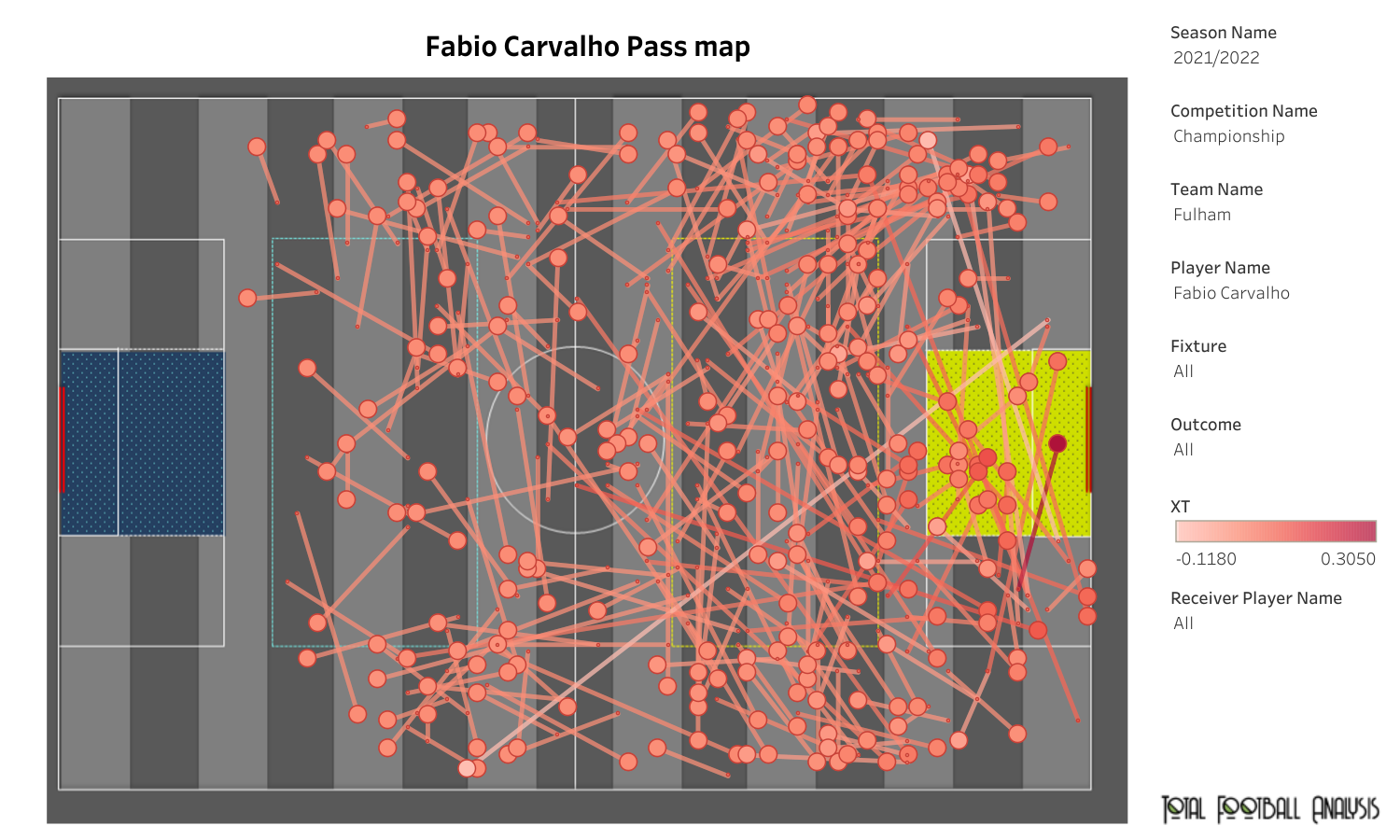 Fabio Carvalho has attempted 275 passes this season. He has provided one assist, and his overall expected assist rate is 1.96. The above chart shows that out of the 275 passes attempted, 30 have landed inside the opposition’s penalty box. Three passes have landed inside the opposition’s 6-yard box. He has attempted 13 crosses, ten smart passes and eight through passes. 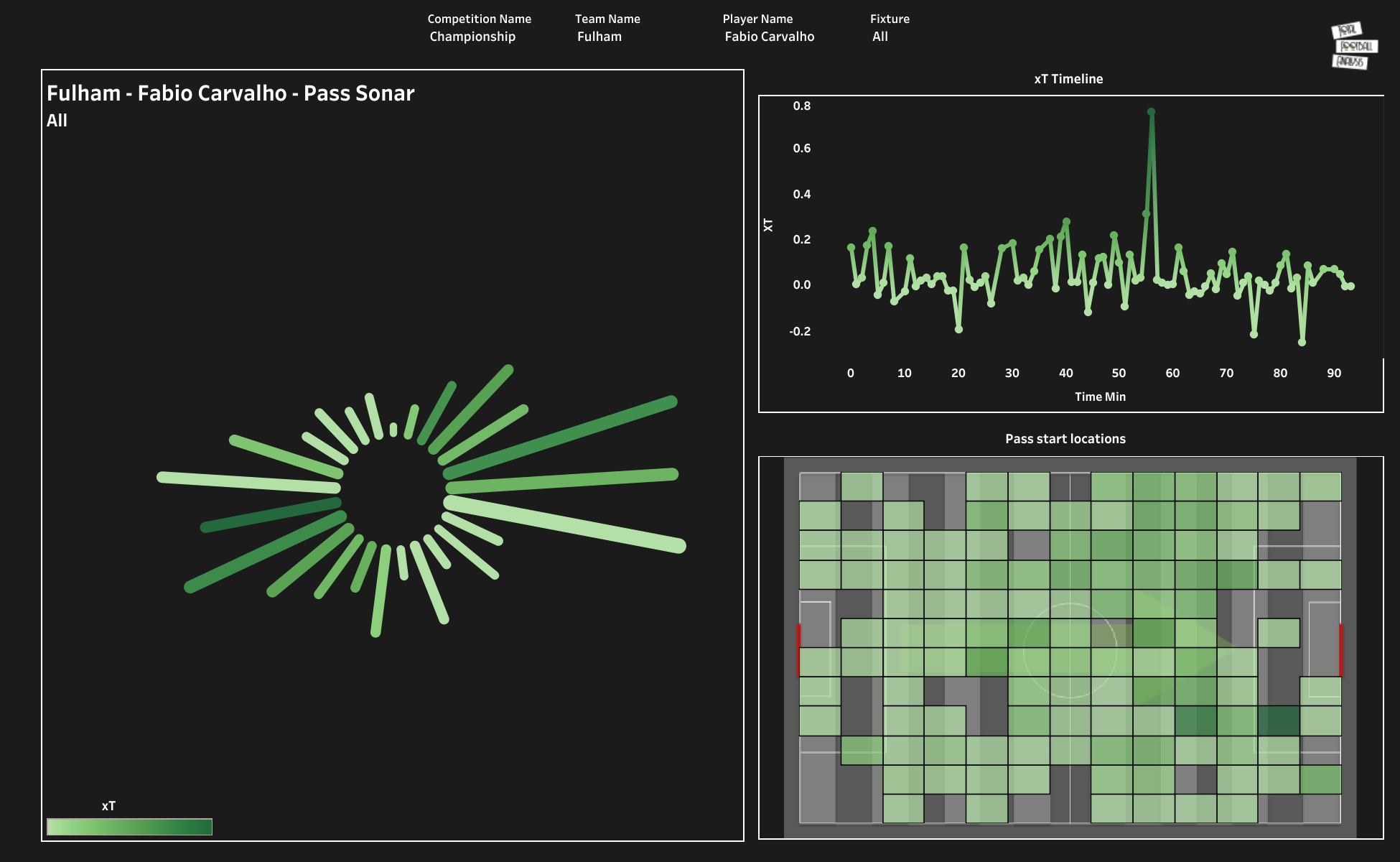 The above viz shows the pass starting location of the player. Carvalho has featured from both sides of the field, and the highest threat is created from the right side. The midfielder has created the highest threats between the 50-60th minute mark. The xT timeline shows that Carvalho is unable to create threats towards the end of the match.

Chelsea and Liverpool are the two teams who are keen on signing the youngster. He is considered one of the most exciting talents in the country. Some of the other European clubs are also monitoring the youngster. There are a lot of chances that the player might be sold in the current transfer window or the summer.