Kai Havertz is starting to settle in the English Premier League. He has been the first-choice player to lead the Blues attack in the recent games ahead of big-money signing Romelu Lukaku and fellow countryman Timo Werner. Chelsea played three games in March and had a 100% win rate. Havertz scored in each of these games and helped his side to cement their third place in the English Premier League table. 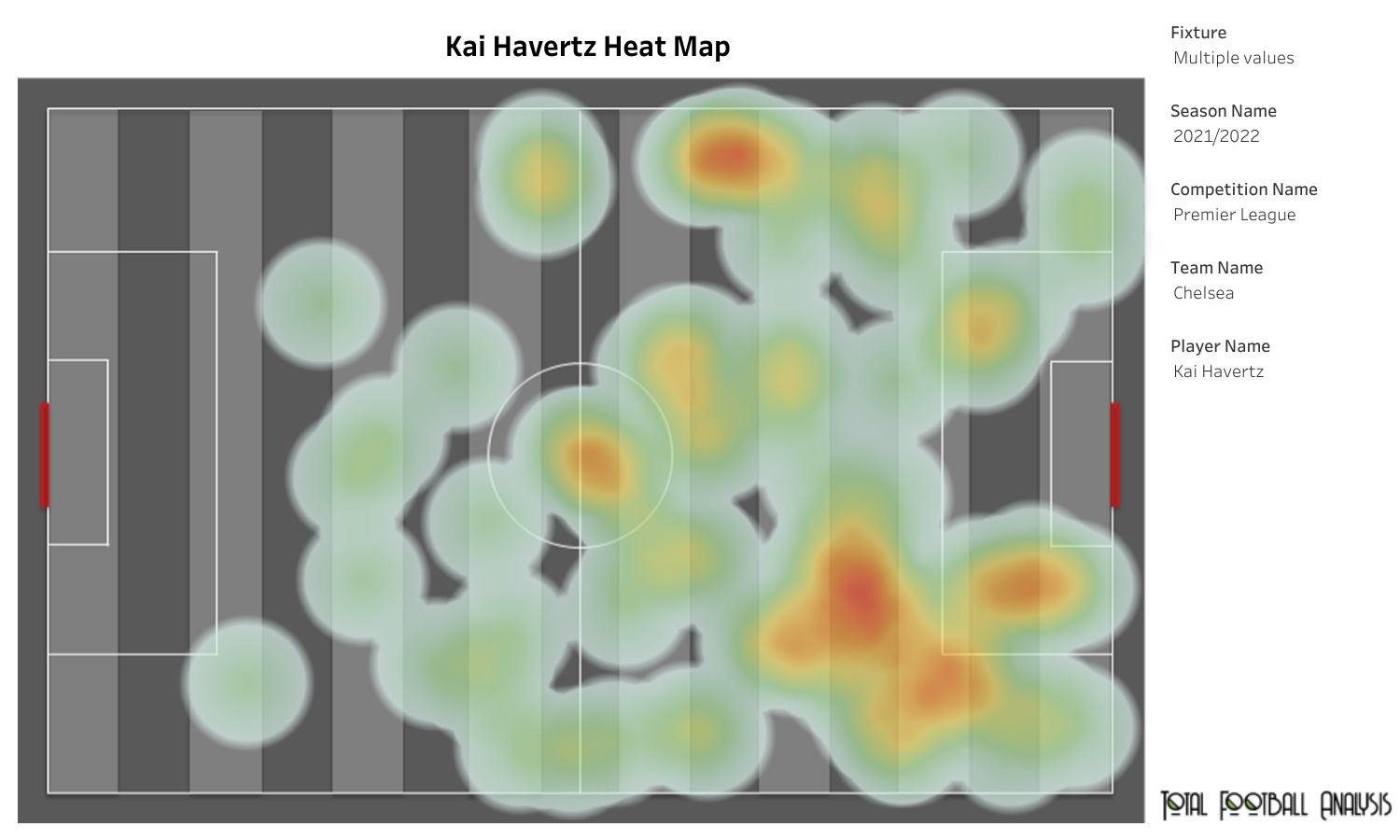 Chelsea played their three matches against Burnley, Newcastle United, and Norwich City. Havertz played the full 90 minutes in every match and scored four goals. He led the line for the Blues in these three matches. The above map shows that Havertz was quite flexible with his positioning on the pitch. He has drifted more towards the right side and got 25 touches inside the opposition’s penalty box. 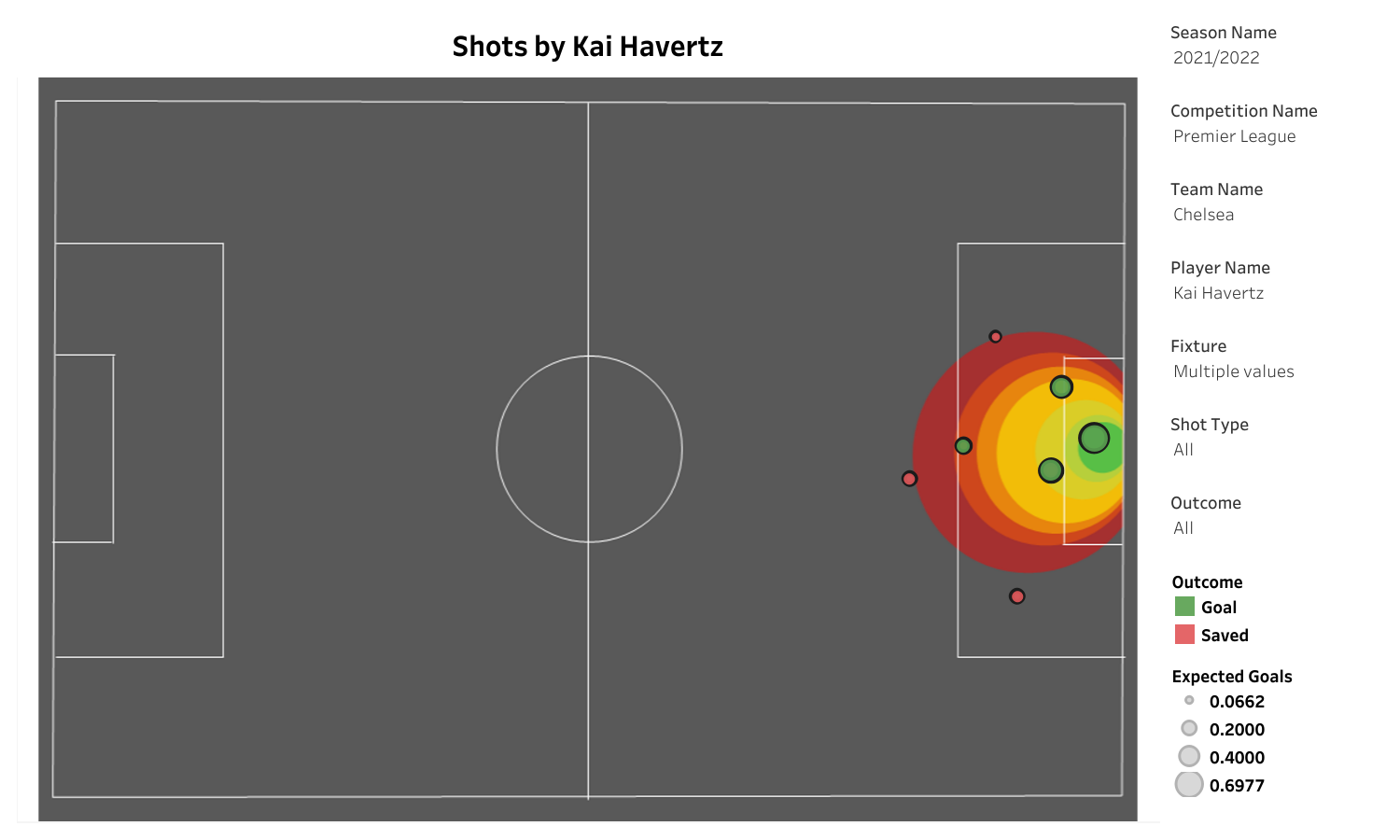 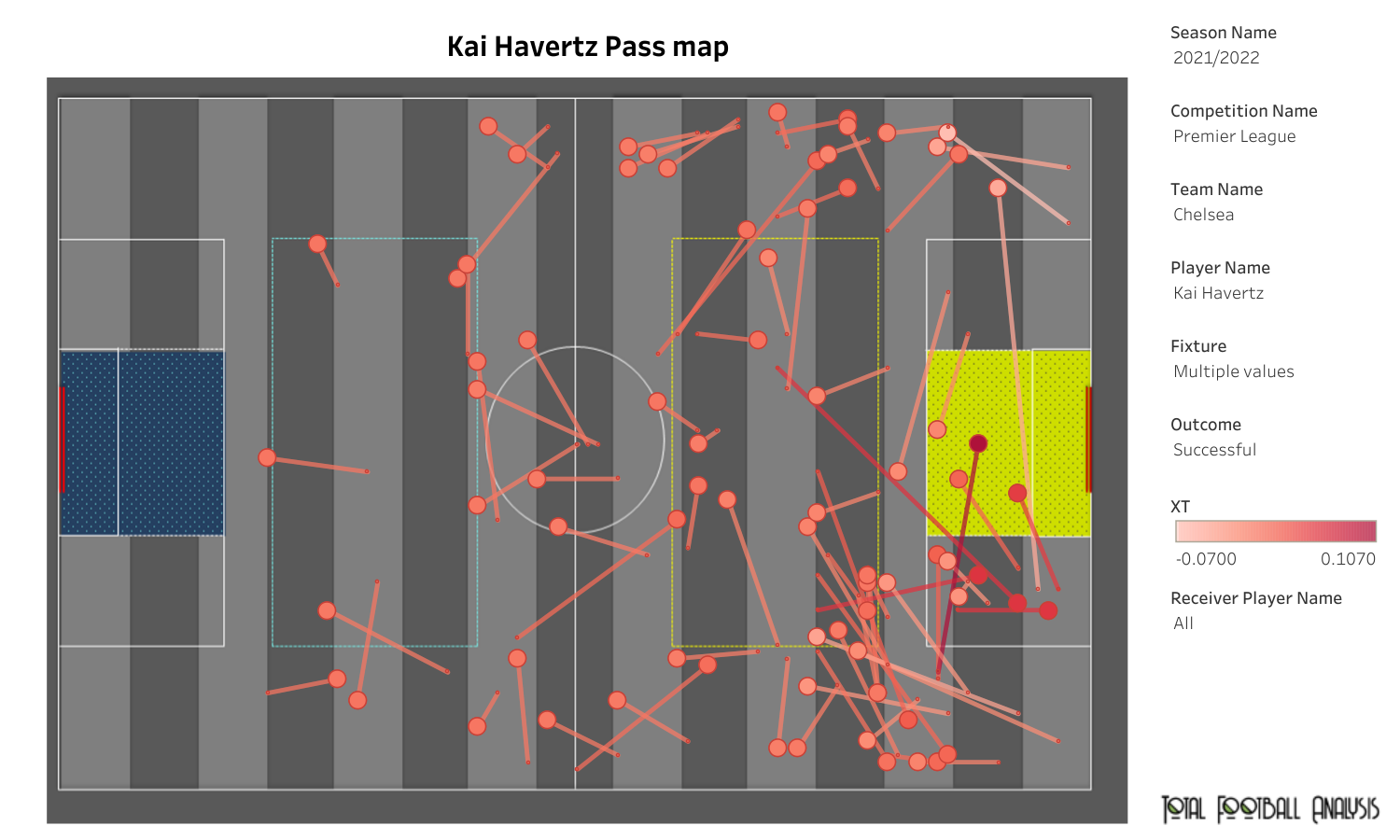 Kai Havertz not only contributed towards scoring goals, but also had a hand in providing an assist. The player provided an assist to Mason Mount in the game against Norwich City. He attempted 92 passes with an 84.8% pass accuracy rate. The above map shows all the successful passes made by Havertz. Of the 78 successful passes attempted by the German, ten landed inside the opposition’s penalty box. His passes included three crosses, two smart passes, and a through pass.

The 22-year-old has only scored two goals and provided an assist in his 17 previous appearances. Now he is leading the line for Chelsea and is their most informed player. Thomas Tuchel has benched two senior players in favor of a youngster. Kai Havertz is starting to settle into the Premier League and has a lot of potential going forward. He will be a key player in the remaining matches for Chelsea.