Levi Colwill is one of the hot prospects in modern football. The 19-year-old centre-back is on loan from English Premier League club Chelsea to EFL Championship club Huddersfield Town. He has emerged through the youth ranks at Chelsea and is currently away playing in his first loan spell. Colwill has been a regular part of the Huddersfield Town squad and has made a few contributions in his side’s run to promotion into the English Premier League for next season. The 19-year-old is tipped to become the next John Terry at Chelsea, and here are some of the stats that show the potential of the youngster.

The centre-back has made 24 appearances out of a possible 39 for Huddersfield Town this season. He missed some of the games due to injuries. Colwill has featured as the left centre-back in a back-two or back-three formations. The player has also made some important contributions by scoring two goals and providing an assist. He is a threat in the air and troubles the opposition during set-pieces. 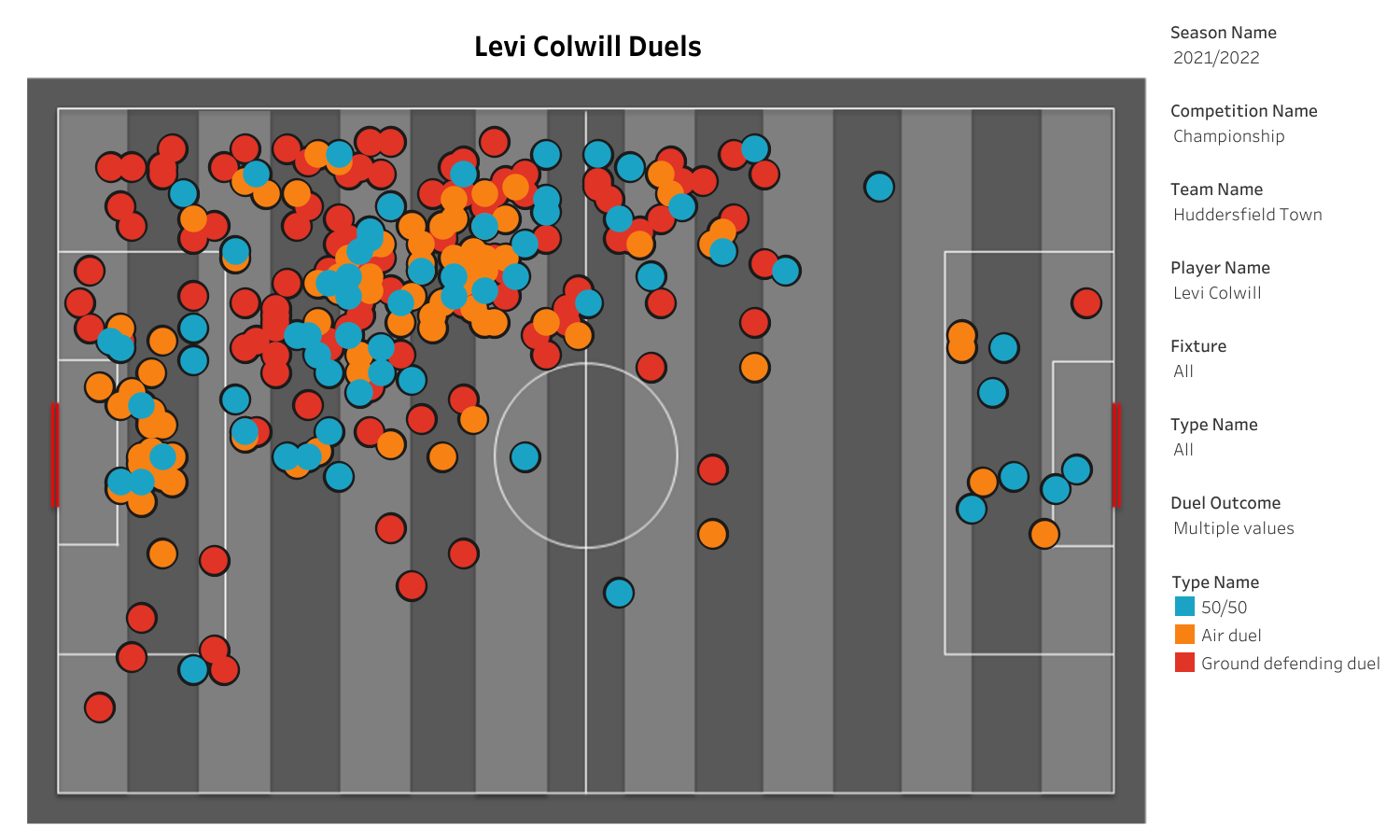 The above viz shows all the duels that were won or ended in a neutral result by the centre-back. We can observe that he has featured more from the left side, winning a lot of duels in his half. The defender is not shy of contesting duels and has won a lot of them. Colwill has shown some aerial dominance inside his team’s penalty box, winning a few aerial duels along with 50/50 and defensive duels inside his box. Other than this, the 21-year-old defender has won a few duels inside the opposition’s half. He has attempted nine shots towards the opposition’s goal, with three of them being on target. Of these nine shots, only one was attempted from outside the opponent’s penalty box. 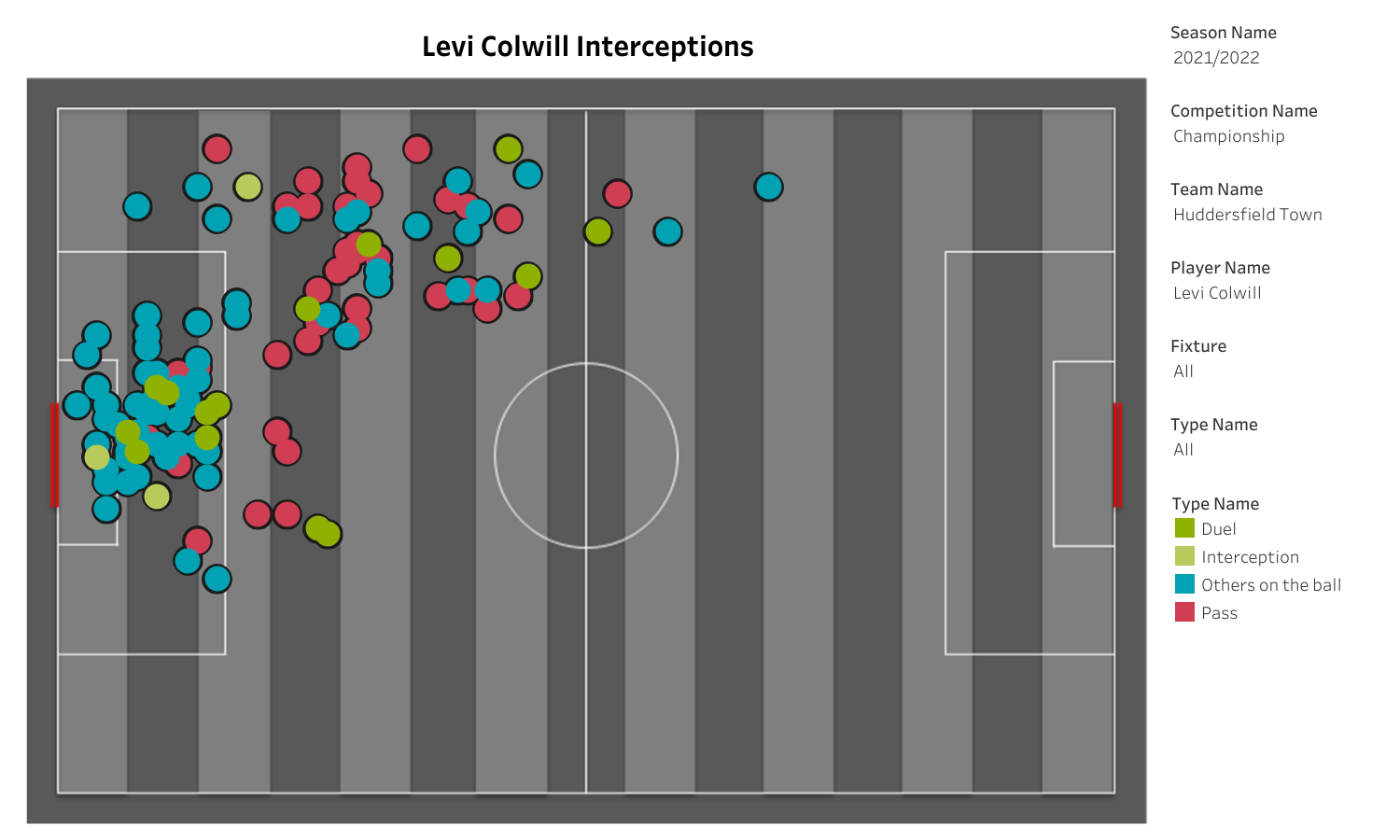 Levi Colwill has defended a lot on the left side. The above viz shows all the interceptions made by him throughout the season. Most of the interceptions were made when other players were on the ball. Other than this, he has intercepted a few passes at the top of the defensive third to stop the opposition from attacking. The youngster has made 268 recoveries this season, and 31 of them were made inside the opposition’s half. At the back, Colwill has been a sensation for Huddersfield Town and has played a huge role in breaking the opposition’s play.

The defender is yet to make his debut for the Blues but has a lot of potential going forward. Some of the Chelsea defenders are set to leave the club, and the Blues will need some players to replace the departing ones. Levi Colwill can save a lot of money for the Blues, and they should look to promote the youngster to the first team.