Marc Cucurella came to the English Premier League last season after Brighton signed him from Getafe. The former Barcelona player caught the eye of a lot of clubs, and Chelsea made a move for him in the recent transfer window. The 24-year-old became a Chelsea player and has been a great addition to the side. He has a very attacking mindset and has featured in every league game for the Blues this season.

Chelsea have made a disappointing start to the season, and that has resulted in the sacking of the manager. Cucurella will once again play under Graham Potter and is likely to remain the number one choice ahead of Ben Chilwell. Now, we look at some of the stats that will show how the player has settled into the team. 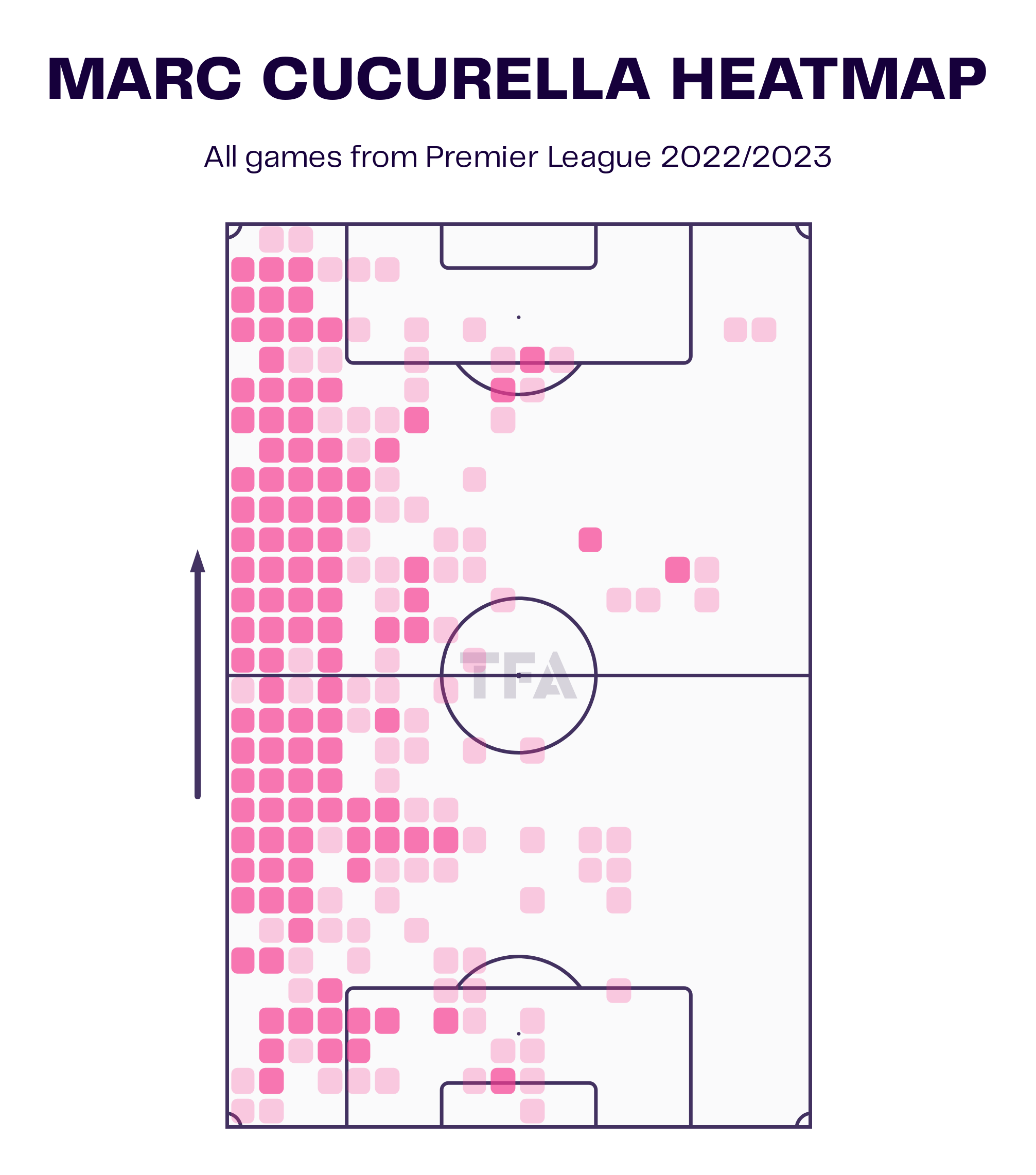 Cucurella has spent 488 minutes on the pitch in the English Premier League for Chelsea. He has two assists to his name in his short Chelsea career. Cucurella is a natural full-back and can also play as a left-sided centre-back. The above heat map shows that Cucurella covers a lot of areas on the left flank. He has even penetrated the opposition’s penalty box and has taken four touches inside it. 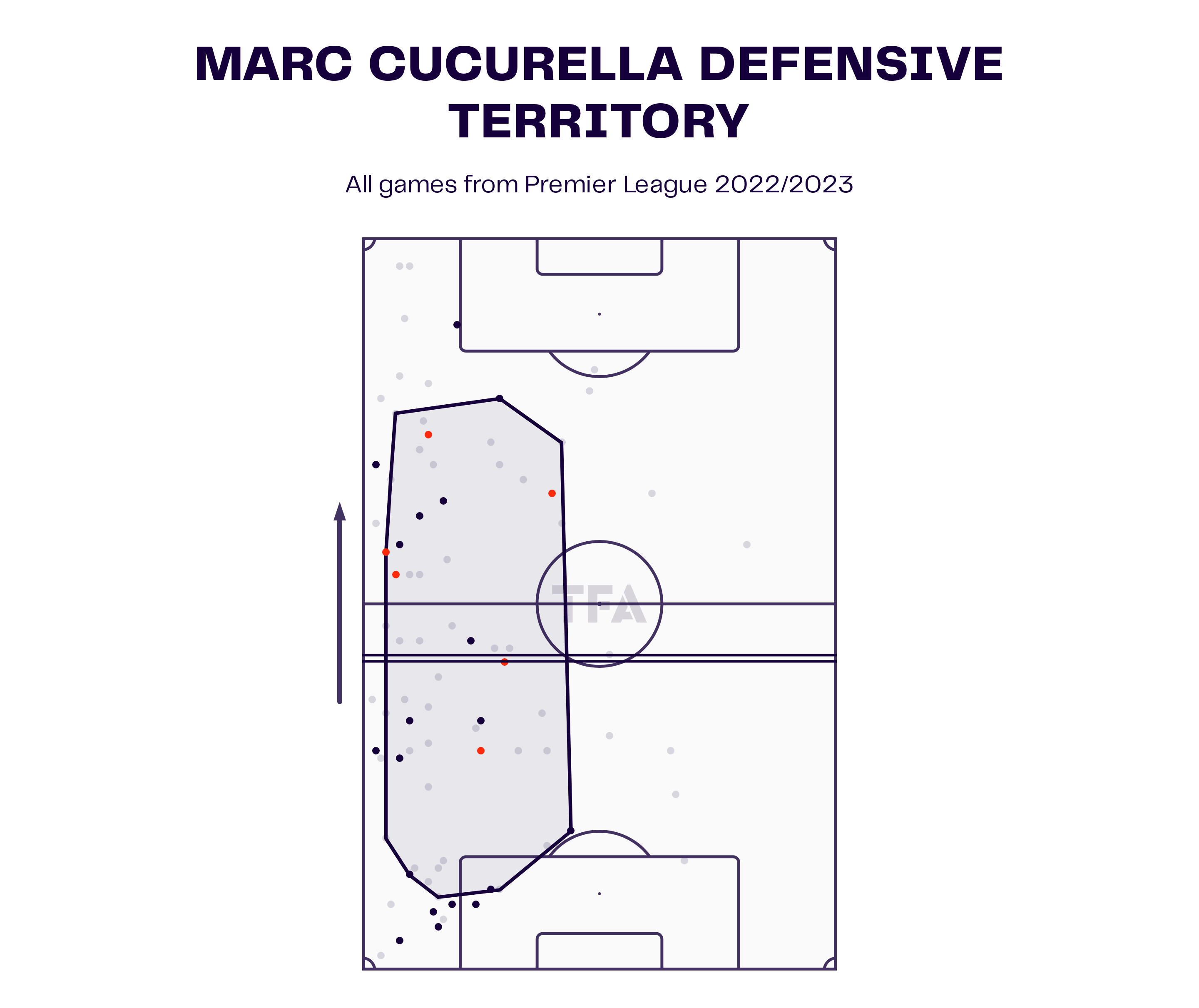 Cucurella has won 50.7% of his duels this season. The above viz shows the defensive territory of the full-back. The blue dots show the interceptions, and the red dots show the fouls committed by the player. We can observe that the player commits most of the fouls in attacking areas, and this doesn’t put a lot of pressure on the defence. Cucurella has made 35 interceptions this season, and most of them have come in the defensive half. This shows that he is a reliable defender and has performed well. 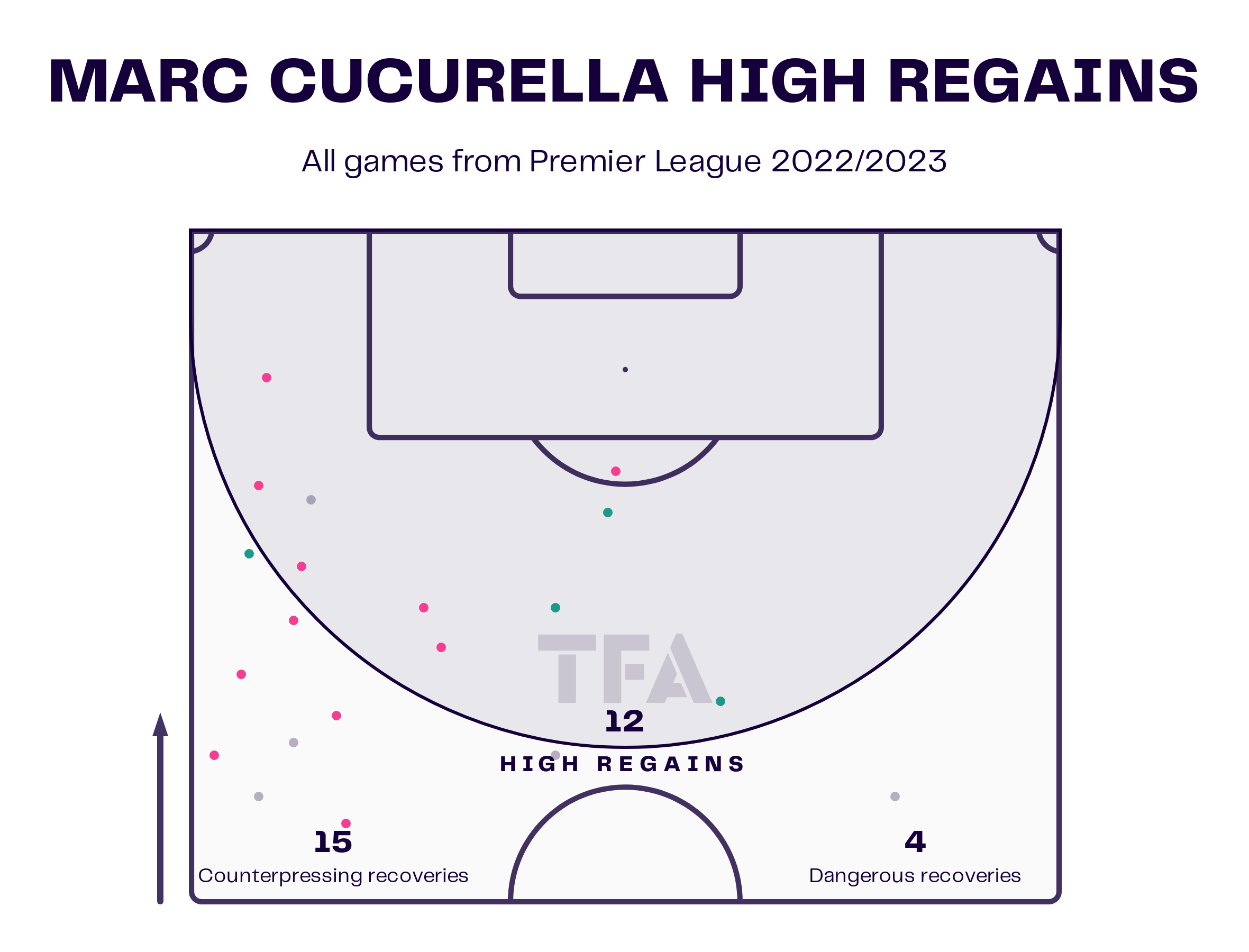 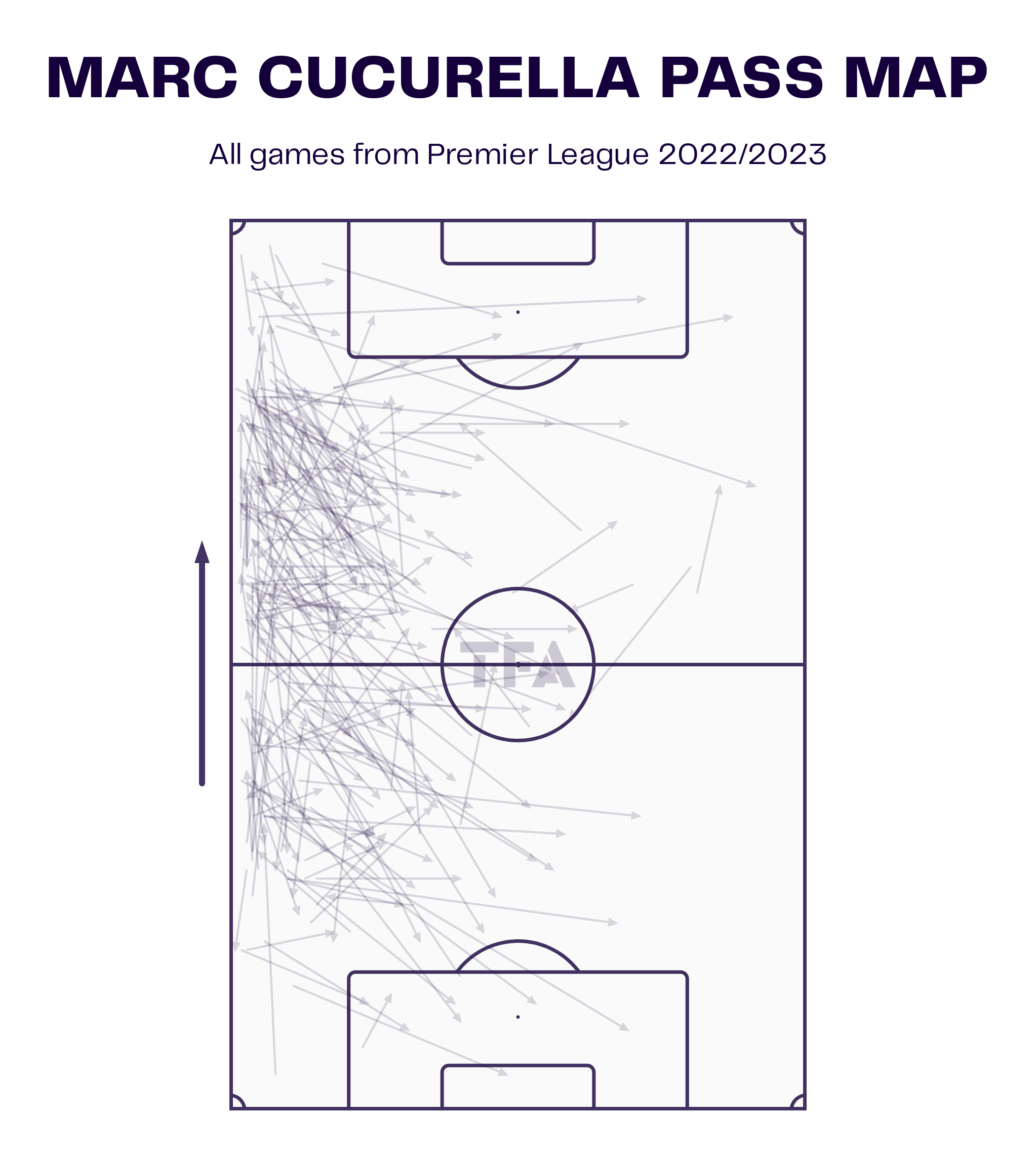 Cucurella was unable to show his full attacking potential for Brighton last season. He made two goal contributions, which included a goal and an assist. This season, he has already given two crucial assists and surely will be adding more in the coming games. The 24-year-old averages 55.33 passes with an 85% accuracy rate. These include 7.19 passes to the final third and 2.77 to the penalty area. The above viz shows that most of the passing has been done inside the attacking half. The wing-backs have been the creative forces for the Blues in recent times. Cucurella possesses a threat going forward and is likely to create more goalscoring opportunities.

Marc Cucurella is settling into Chelsea’s backline. He has already played under the new manager and is likely to remain the first choice ahead of Ben Chilwell. The Spaniard can also be used as a left centre-back, and his versatility will help him earn more minutes on the pitch.