Chelsea will travel to Fulham and play in a West London Derby in the English Premier League. The Blues will play their first match after Thomas Tuchel’s departure. Graham Potter is expected to become the new Chelsea manager, but the Blues won’t get any time to train under him.

Chelsea won their last league game against West Ham United and have earned points in six games. These include three wins, one draw and two losses. The Blues have netted eight goals with an average xG rate of 1.35. Their defence has been a bit leaky and has conceded nine goals. The Blues recently suffered a 0-1 loss against Dinamo Zagreb in the UEFA Champions League and that led to the sacking of the manager.

Fulham have made a decent start to their English Premier League campaign by winning two, drawing two and losing two matches each in the league. The Cottagers have scored nine goals and conceded the same number of goals. Their average xG rate is 1.38. Fulham lost their last match against Spurs by a scoreline of 1-2.

Chelsea have struggled in the attacking zones this season. Their forward players are yet to make their mark in the Premier League this season. Raheem Sterling is the only positive in the team as he has scored three goals and is the leading goalscorer for Chelsea. Overall, the Blues average 33.33 positional attacks per match but only average 10.33 shots per match. In the last two matches, Chelsea attempted only 14 shots. Chelsea have failed to attempt shots and trouble the opposition goalkeeper. This is one of their biggest struggles in the league this season. 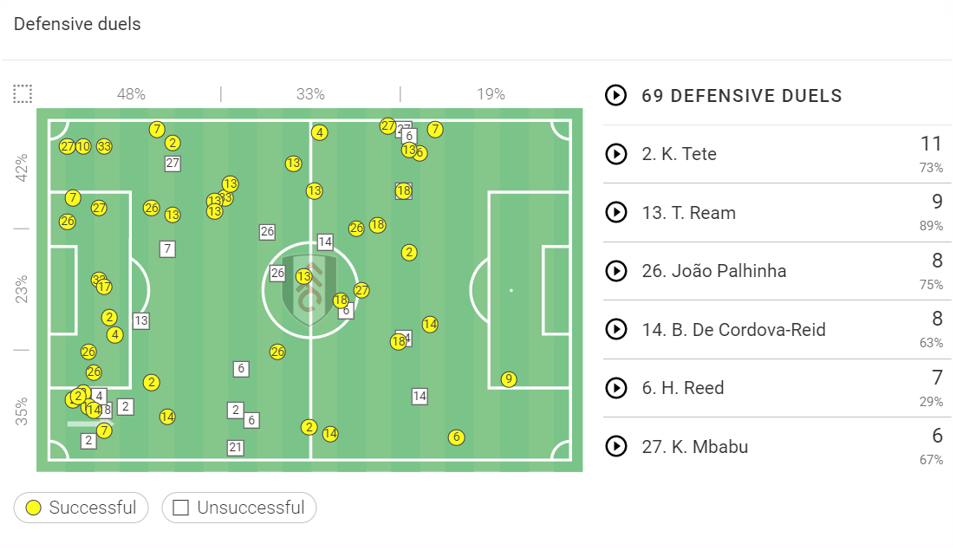 Fulham can add to Chelsea’s misery if they perform defensively in the same way as they have done this season. They have a 65.6% defensive duels win rate and a 50% aerial duels win rate. In the last match, Fulham won 71.6% of their defensive duels, with most of the wins coming on the left side. Chelsea might find it hard to break down Fulham’s defence, and this defence will play a crucial role in their survival in the league. 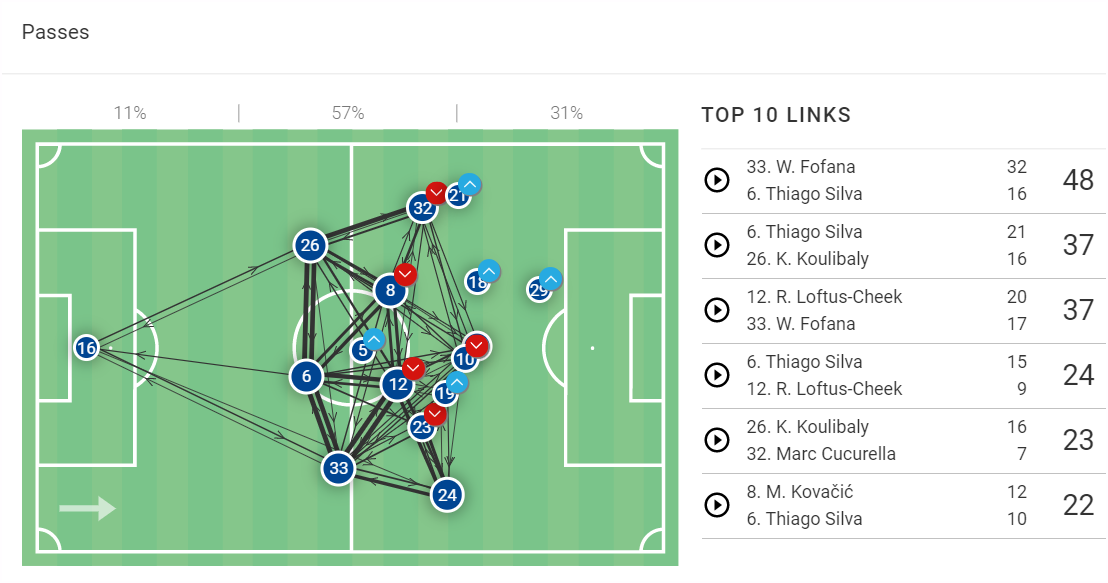 Chelsea play in a three-at-the-back formation. They have played with two strikers at the top and might continue with the same lineup. This gives them an extra player in the midfield. Most of the attacks are created from the flanks. 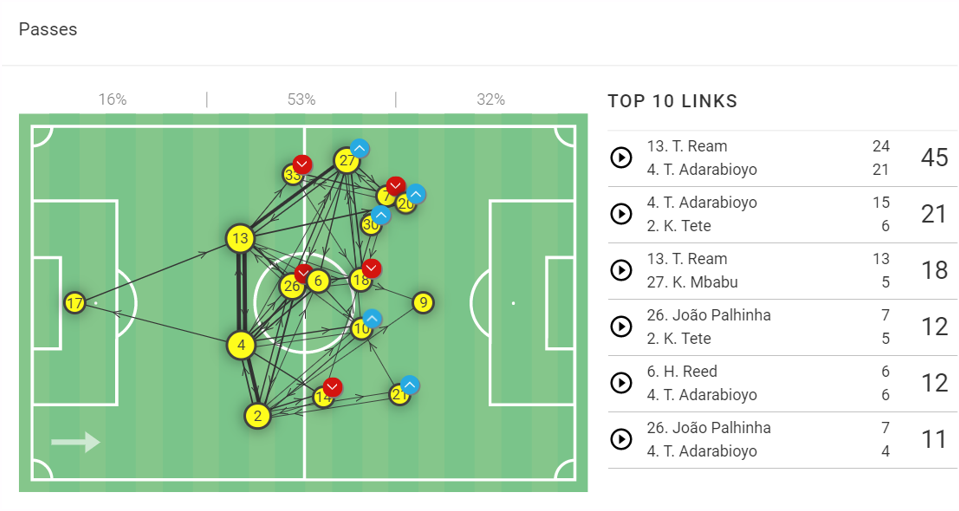 Fulham play in a 4-2-3-1 formation. The two midfielders play closer to each other, and that gives more freedom to the attacking midfielder. Alexander Mitrović plays a high attacking line. 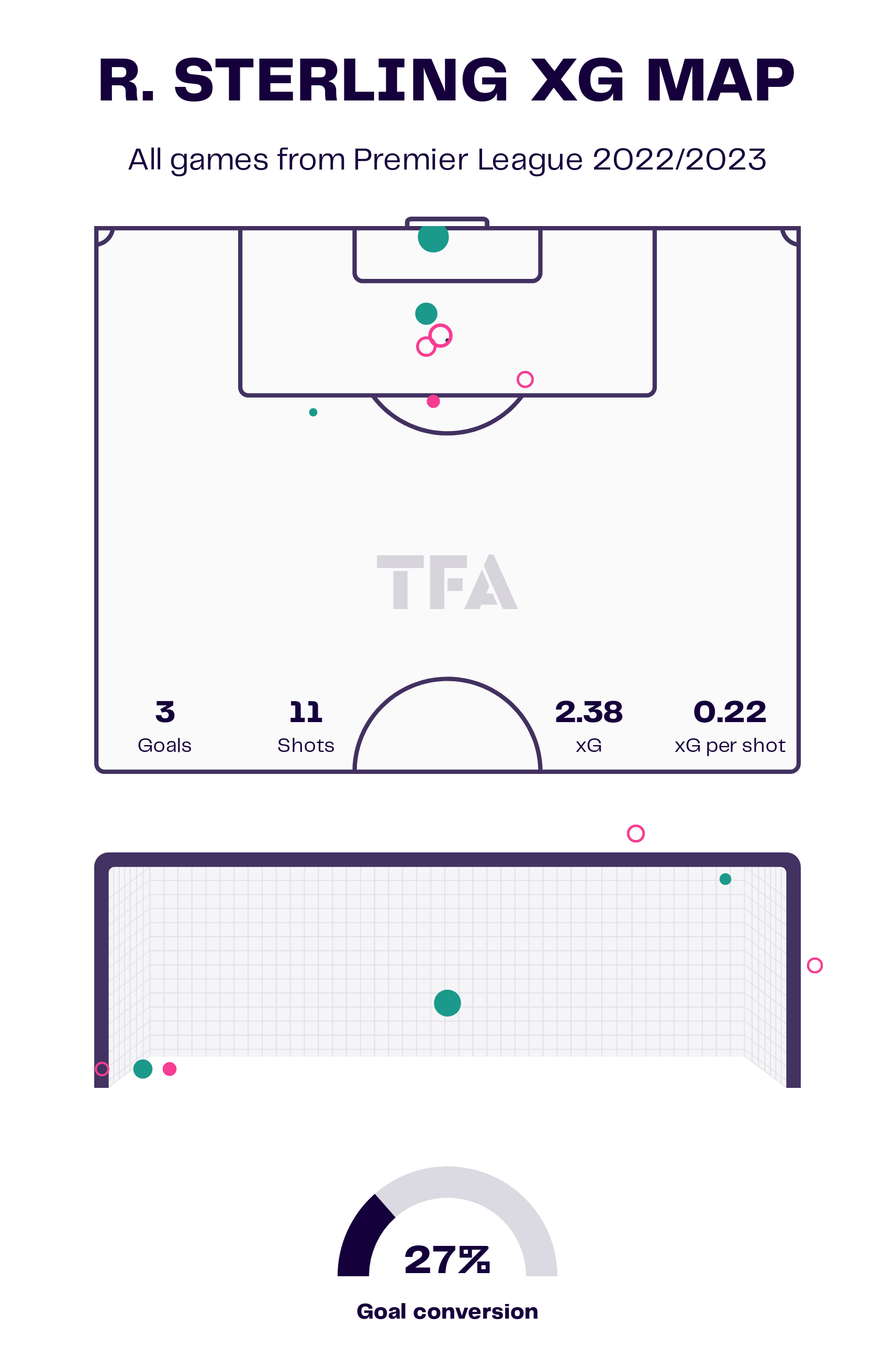 Raheem Sterling will be the key player for Chelsea. The forward has scored three goals in six games for the Blues. Overall, the Englishman has attempted 11 shots and possesses an xG rate of 2.38. Sterling likes to find space inside the penalty box and attempts most of his shots from inside the box. 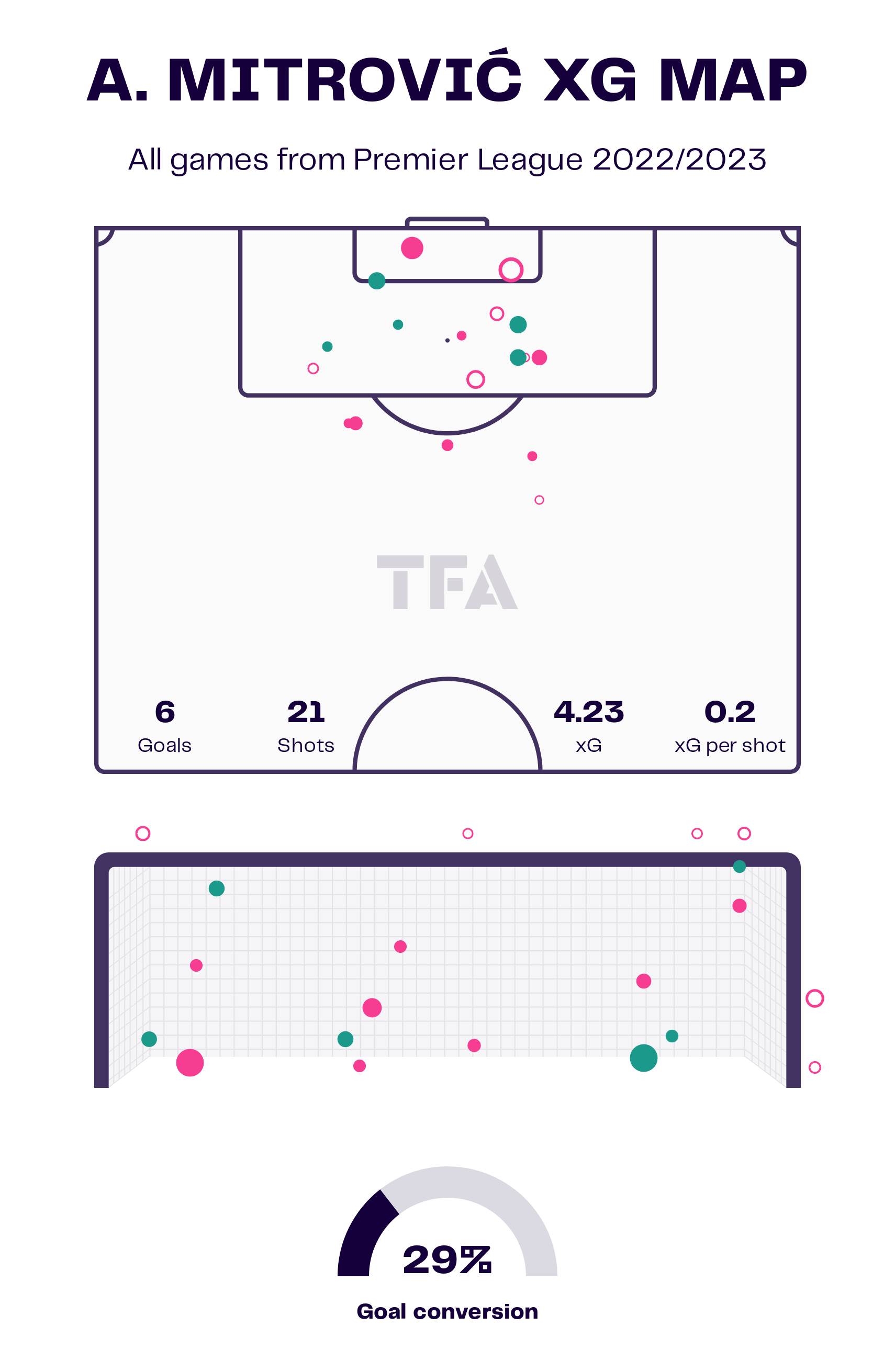 Mitrović is starting to make his mark in the English Premier League. He averages a goal per match and has a high xG rate of 4.23. Mitrović possesses an aerial threat and is also on the penalty spot for Fulham. He will look to score a goal against a shaky Chelsea defence.

Pierre-Emrick Aubameyang could make his first appearance for Chelsea in the English Premier League.

Fulham will be without Antonee Robinson, Harry Wilson and Manor Solomon for this match.

Chelsea will be eyeing a win after a disappointing result in midweek. They have a chance to extend their winning streak in the league. Fulham, on the other hand, will look to upset the away crowd and come away with at least a point against an unsettled side. This match could bring a few goals.