Chelsea will play their first match under Graham Potter in the English Premier League when they face Crystal Palace in the second London Derby of the match week. Chelsea will go as the favourites in this match and have won the last five meetings between the two teams.

Crystal Palace sits 16th in the league table with six points in six games. They have drawn three matches and lost two. The Eagles have scored seven goals with an average xG rate of 1.53. Their defence has leaked nine goals, with an average xGA rate of 1.78.

Chelsea, on the other hand, have won three, lost two and drew one match this season. They won their last league match under Thomas Tuchel. The Blues have scored eight goals with an xG rate of 1.35 and conceded nine with an xGA rate of 1.52. 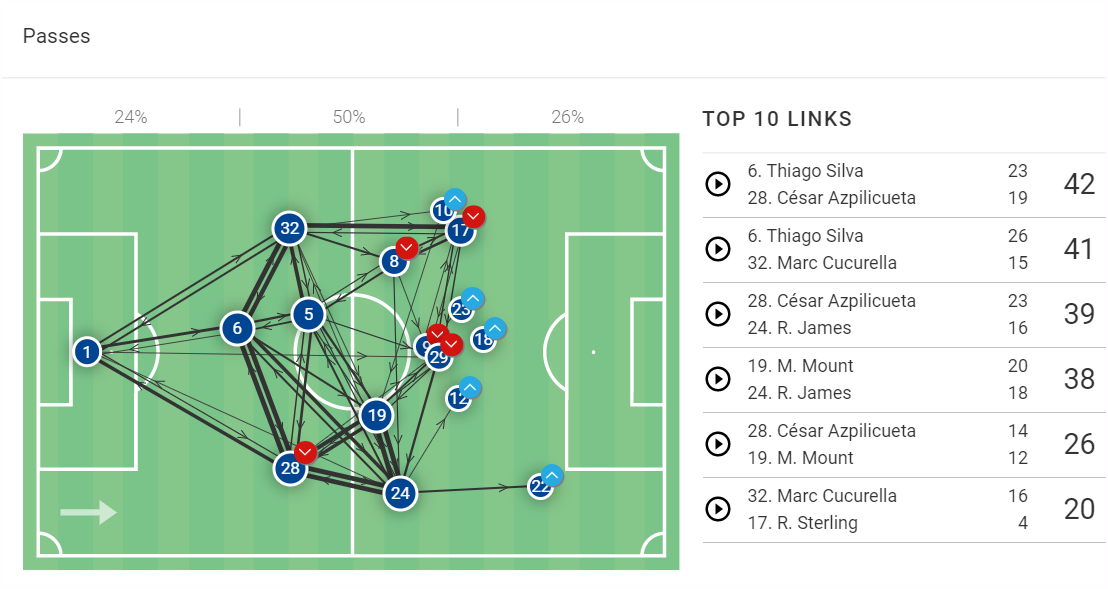 Chelsea have a managerial change and that could mean a change in tactics. The Blues have played one match under Graham Potter and that ended in a 1-1 draw. His team sheet showed a 4-3-3 formation, and the average position shows that the Blues played in a 3-4-3 formation. Jorginho played in the defensive midfielder role, and that allowed the other two midfielders to join the attack. He might stick to the same game plan. The Blues average 33.33 positional attacks per match. Their struggles are in attempting shots and they have a low average of 10.33 shots with a 33.9% shot accuracy rate. The manager will look for some improvement in this department. 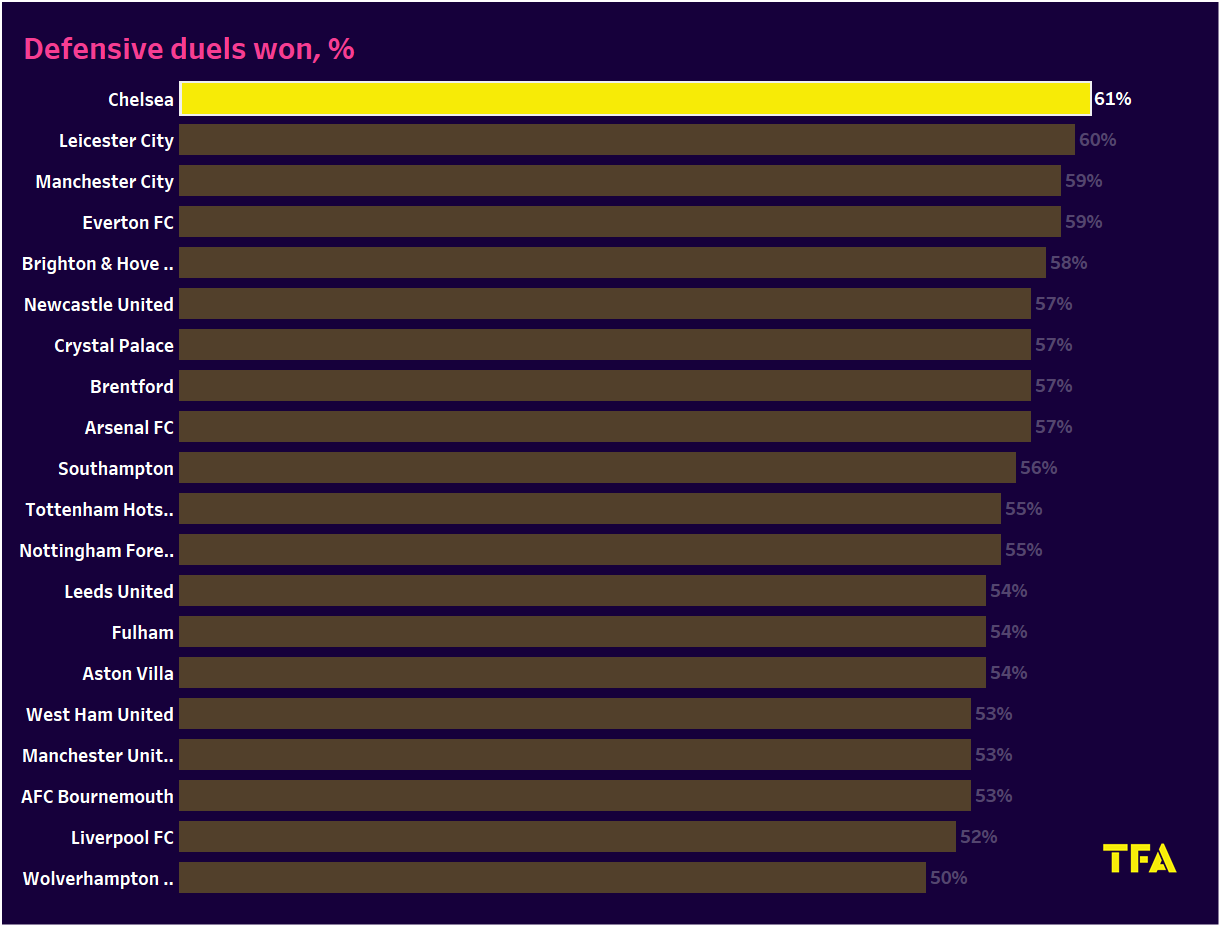 Chelsea’s defence has been solid in winning the duels but has leaked a few goals and that has resulted in a poor start. This will be a worry for the manager as the team with the highest defensive duels win percentage concedes 1.5 goals per match. They have won 48.3% of their aerial duels and will defend against the aerial threat. The manager will look for their second clean sheet of the season. 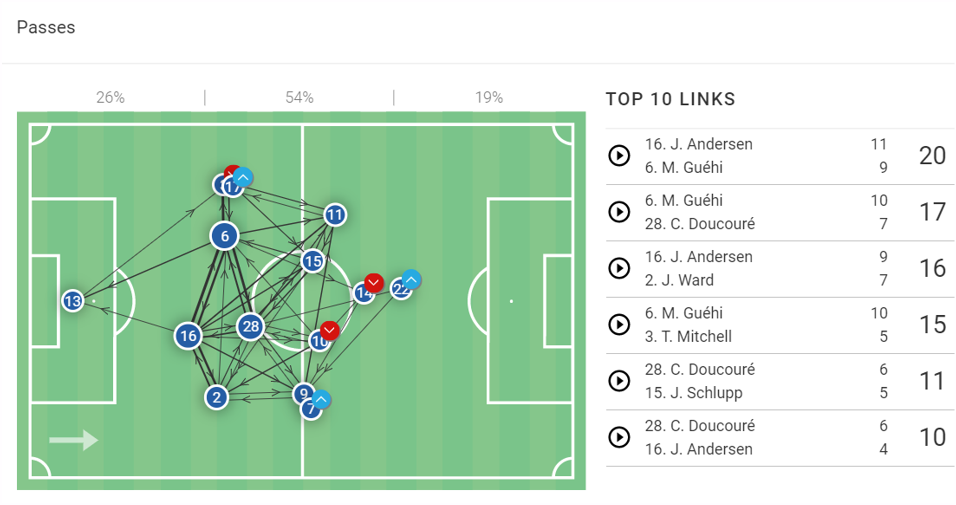 Crystal Palace play in a 4-3-3 formation. One of the midfielders plays as a defensive midfielder while the other two join the attack. In this match, Patrick Vieira might go with two defensive midfielders. The Eagles average 22.5 positional attacks and 2.67 counterattacks per match. Their shot average is 10.5 shots per game with a 43% accuracy rate. They will have to be more clinical with their finishing against Chelsea. 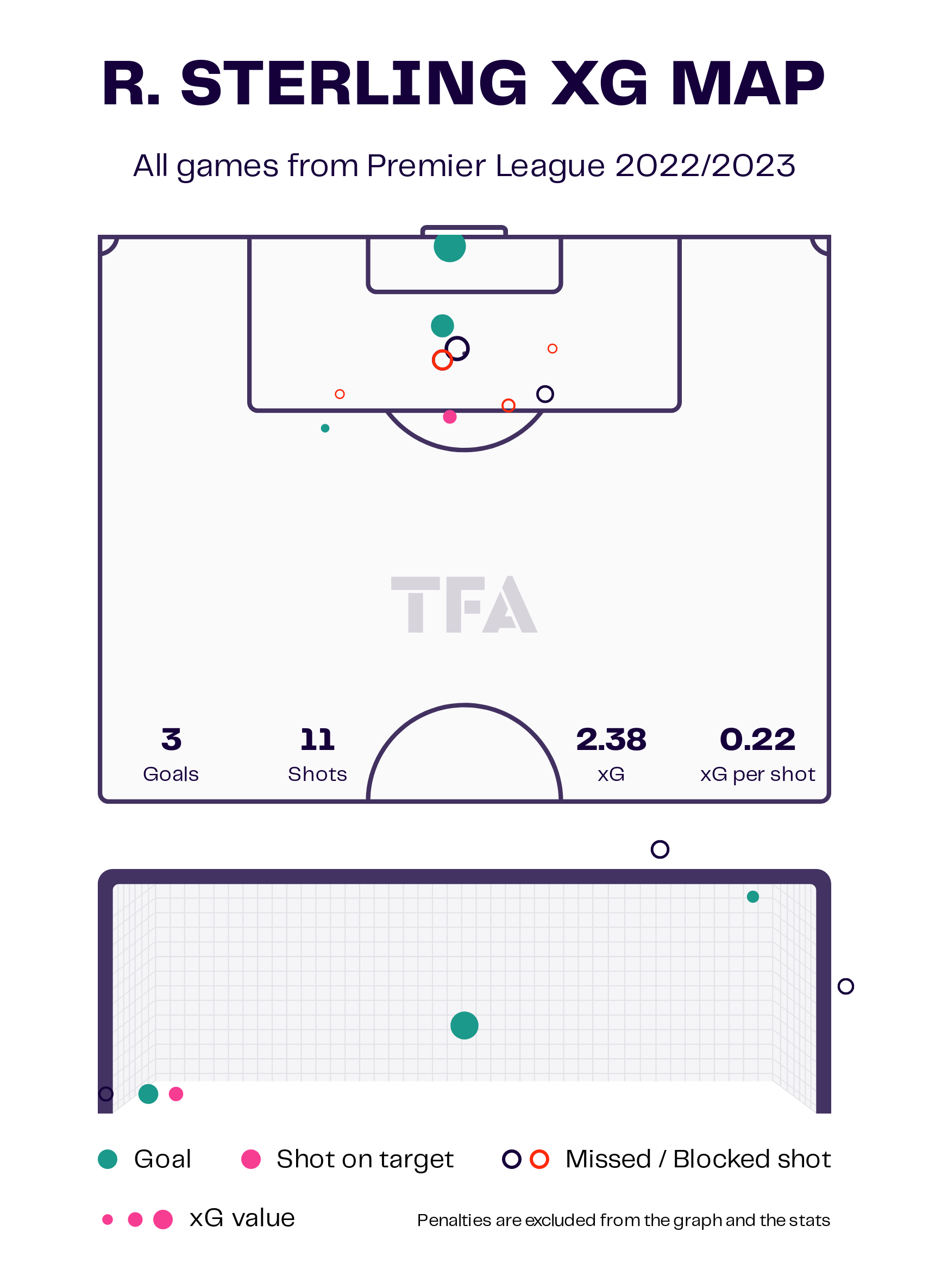 Raheem Sterling has been Chelsea’s top goalscorer since joining in the summer. He has scored three goals and also has an assist to his name. Sterling also scored a goal in the UEFA Champions League before the international break. He will be the key figure in Chelsea’s attack. 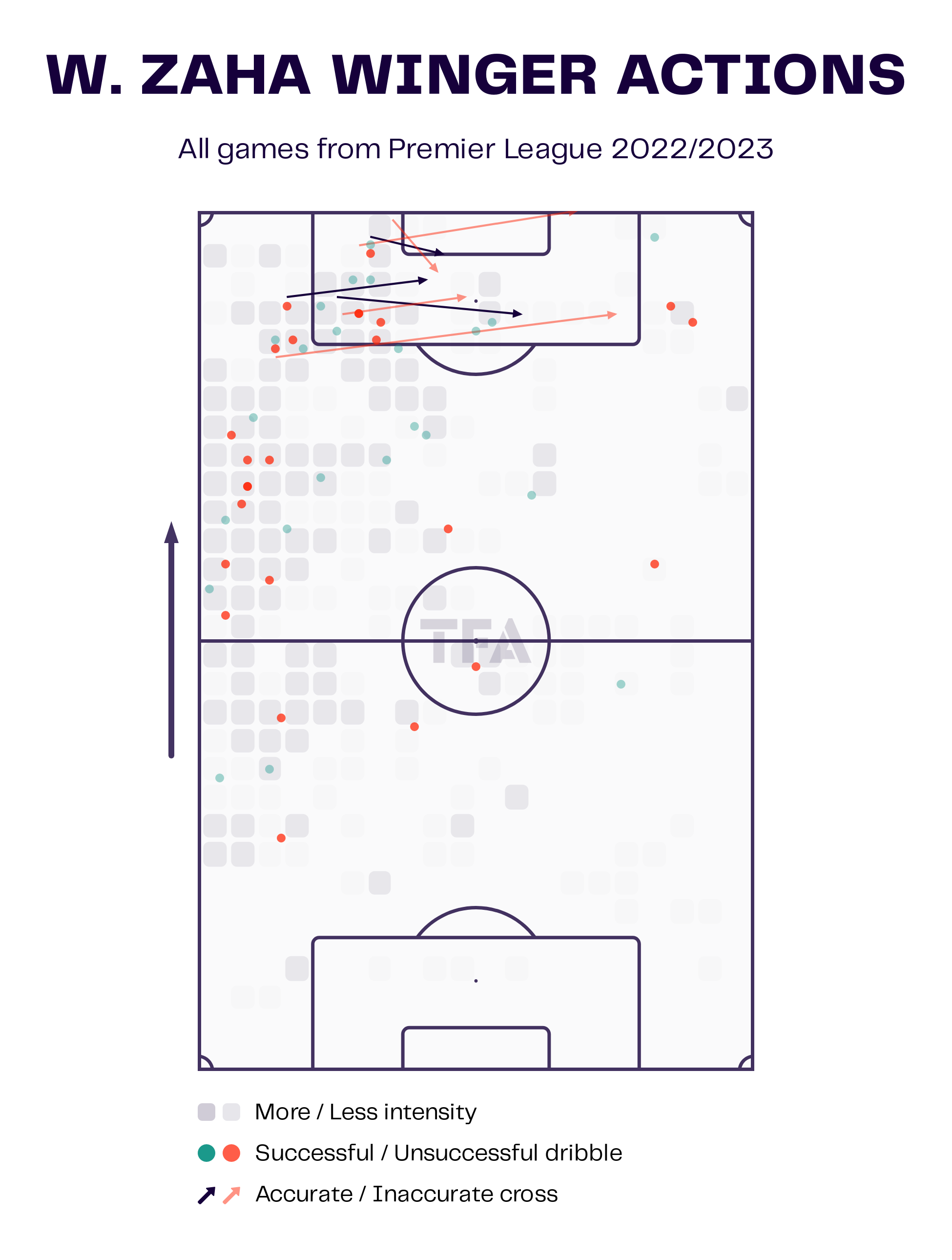 Wilfried Zaha will carry the threat for Crystal Palace in this game. He is their highest goal scorer with four in total. The player operates from the left and tries to penetrate the penalty box. He is good with his skill set and can earn a penalty for his team. Chelsea’s defence will have to deal with his pace in this match.

Nathan Ferguson and James Tomkins are set to miss this match. James McArthur will be in contention to play after recovering from a groin injury.

N’Golo Kante has returned from injury and will be available for selection. However, the manager won’t risk him by giving him the full 90 minutes. Edouard Mendy is also declared fit for this match.

This will be a tough test for Graham Potter against a strong Crystal Palace side. They aren’t an easy team to beat. Chelsea had their own struggles under Thomas Tuchel, and the new manager will look to overcome them to hand Chelsea their fourth win of the season.